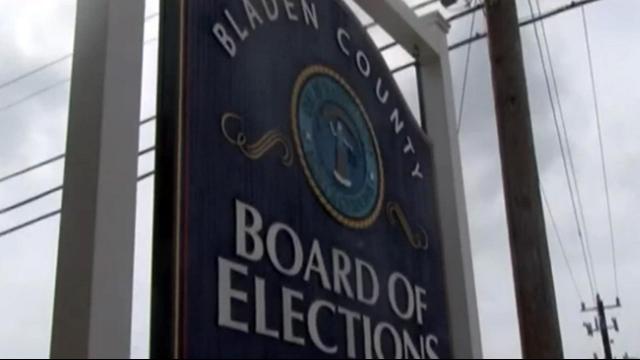 Raleigh, N.C. — The vice chairman of the Bladen County Board of Elections has resigned amid the state's ongoing probe of results in North Carolina's 9th Congressional District.

Jens Lutz, a Democrat with at least one business tie in recent years to the local man at the center of the state's probe, told the state elections director Friday that "things have gotten way out of hand" and that his resignation was immediate.

In his note, Lutz did not go into specifics. His resignation was first reported by WBTV in Charlotte and independently verified by WRAL News.

Lutz's full note to State Board of Elections and Ethics Enforcement Executive Director Kim Strach follows in its entirety:

"Sometimes in life circumstances reach the breaking point especially when your trying to do the right thing. It becomes even more difficult when your family is drug into the drama plus your own party begins to attack you for compromising and common sense decisions. Therefore; I hereby resign from the Bladen County Board of elections effective immediately. I regret having to do this but things have gotten way out of hand." 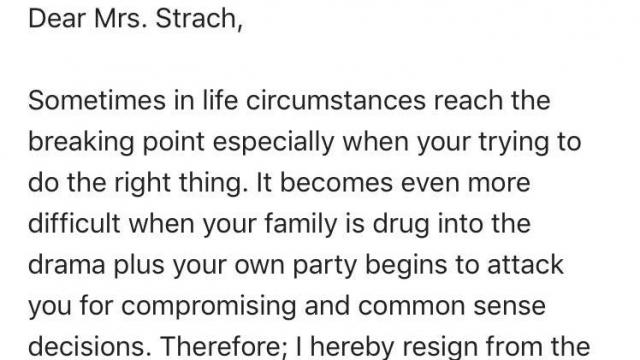 County board Chairman Bobby Ludlum said Saturday morning that Lutz didn't call him about the resignation; he heard about it from a local attorney who read it online. Ludlum said Lutz has been on the board only five months.

Lutz was a founding organizer in 2014 of Politico Management Services LLC, according to a filing online from the North Carolina Secretary of State's Office. The entity has since dissolved. McCrae Dowless, the man authorities have focused on as they investigate irregularities with absentee ballot results in Bladen and Robeson counties, was a co-organizer of the group.

This is the second person to leave the Bladen County elections apparatus since the state's probe began. The county elections director left last week, taking leave ahead of a previously planned retirement that comes at the end of this year.

That was always her plan, Ludlum said at the time, regardless of the 9th District probe.