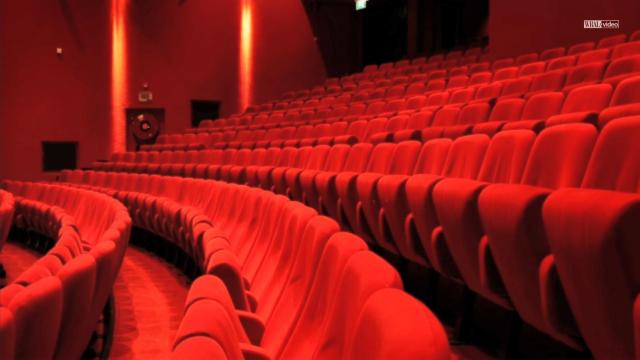 CNN — There's a joke comedians have been telling for years about how Black and White people typically react to the supernatural.

White folks, the joke goes, don't run when confronted by some unholy entity. They choose to stay and investigate. They walk toward the creepy noise in the haunted house while asking, "Is anyone there?"

But Black folks do not linger. At the first whiff of a ghost or monster, they scram.

"If a Black person was the protagonist of a horror movie, it would be a very short movie," chuckled filmmaker Jordan Peele while referencing the joke on a talk show.

That joke needs to be updated because it no longer applies, and Peele's 2017 horror classic "Get Out" -- whose main character is Black -- is a primary reason why.

Black people are standing their ground in the horror genre today. They and other artists of color -- writers, filmmakers, TV showrunners -- are telling stories that until recently were rarely heard.

We've entered a golden age of Black horror storytelling, where Black characters are front and center and the real monster often is racism. The signs are as obvious as a bloodcurdling scream in the night.

Take HBO's current "Lovecraft Country," which depicts a Black family's dual struggle to survive slimy monsters and the Jim Crow America of the 1950s. Or "Antebellum," a new horror film whose central character is a contemporary Black woman who must escape a 19th-century slave plantation.

Or the films of Peele, who followed the Oscar-winning "Get Out" with "Us," about a Black family terrorized by another family who look just like them. Peele also co-wrote "Candyman," a sequel to the 1992 supernatural slasher movie about the murderous ghost of the son of a slave, coming in 2021.

Peele's success has convinced Hollywood studios, streaming services and book publishers that Black horror storytelling can reach a broader audience, those in the industry say.

"So many Black horror creators I know are very, very busy," says Tananarive Due, a popular Black horror writer and author of "The Good House." "They are either pitching, in development or they're being approached. I've actually had to turn down projects. I've never had so much interest in my work from Hollywood."

Due says she once struggled to get Black book clubs to read her novels. Some readers thought horror stories were "Satanic," while others couldn't get accustomed to a Black woman writing horror. Now she's teaching a course on Black horror at UCLA and fielding offers from studios.

The realm of horror novels was traditionally dominated by White males such as Stephen King and Dean Koontz. Now Black authors such as Linda Addison, Victor LaValle, and Steven Van Patten are gaining wide followings by creating stories that often tackle racism through horror.

This trend extends to other people of color as well. "The Only Good Indians," by Native American author Stephen Graham Jones, is one of the most critically acclaimed horror novels released this year. And Pornsak Pichetshote's "Infidel" is a popular horror graphic novel whose main character is a Muslim woman who moves into a building haunted by spirits that feed off xenophobia.

"The entire genre is having a renaissance," says Due, who often teams up with her writing partner and husband, Steven Barnes. "More people are accepting that horror doesn't have to look like they always expected it to look. There could be more women, more Queer heroes, more Latinos. There's room for us all."

One of the best ways to understand this renaissance is to look at how three stock Black characters in horror have evolved.

For most of the last century, Black people didn't get to be a central character in a horror story like "Get Out." They were often depicted as what Due calls "The Other" -- monsters, directly or indirectly, in some of Hollywood's earliest films.

The 1915 silent film "Birth of a Nation" portrayed Black men as leering monsters preying on White women. King Kong, the massive gorilla who became entranced by a blonde, White woman, is widely seen as a projection of White fears of Black men's sexuality. Even a monster like "The Creature from the Black Lagoon," with its bulbous lips and eyes, evoked Jim Crow caricatures of Black people.

In most early horror films, Black characters didn't even exist. Due calls this absence "visual genocide." Revisit classics such as "Dracula," "Frankenstein" and the Hammer gothic horror films from England, and Black people are nowhere to be found.

When Black actors did appear, they often portrayed bug-eyed characters afraid of their own shadows. The stereotypes persisted even as times changed.

One notable exception was the 1968 cult classic, "The Night of the Living Dead." Filmmaker George Romero may not have intended to be a revolutionary, but he cast a Black actor as Ben, the main character -- a brave, resourceful leader of a desperate group of people trying to survive an attack by flesh-eating zombies. The film even added some sly subtext, as Ben is barricaded in a house with an attractive White woman.

"This was significant in that this was the first film to truly show a Black lead taking charge around all of these White people," says Xavier Burgin, director of the 2019 documentary, "Horror Noire: A History of Black Horror." "The White woman in the film is scared of zombies, but she is also scared of the idea of a Black man taking charge."

The 1972 blaxploitation film, "Blacula," about an African prince who becomes a vampire, also featured a commanding Black male lead. It was a box-office hit and ushered in more Black-themed horror movies. Two decades later Wesley Snipes starred in the first "Blade" film, based on the Marvel superhero story about a Black vampire hunter. It spawned two sequels and a TV series.

"Tales from the Hood," a 1995 film produced by Spike Lee, examined racism through the lens of horror.

But as some stereotypes faded, others persisted -- such as the supportive Black best friend. The 1996 cult horror film, "The Craft," about four teenagers who are members of a witches' coven, had one Black character, played by actress Rachel True, who only seemed to exist to support the White characters -- often with the line, "Are you okay?"

In the "Horror Noire" documentary, True voiced her frustration with the character's limits.

"I have to figure out a million different line readings for this same line, because whatever is going on, it's not about Black people, what we're going through," she said. "It's, 'Are you, White person in peril, okay?' ''

Another Black horror cliché is changing as well.

For years, Hollywood has had a fascination with what's become known sarcastically as the "Magical Negro" -- a Black stock character who possesses spiritual wisdom or psychic insight and who exists mainly to enlighten the White protagonist.

There are multiple examples in the works of Stephen King alone, including the "Mother Abagail" character in "The Stand," telepathic chef Dick Hallorann (Scatman Crothers) in "The Shining" and John Coffey, the doomed Death Row prisoner in "The Green Mile."

With "Get Out," Peele turned this stereotype on its head. The main character's buddy, fast-talking TSA agent Rod Williams, is a variation on the Magical Negro archetype, because he sees things that others couldn't. Except that he's supporting not a White hero but a Black one.

Like "Get Out," many of the most popular Black horror stories today explore the monstrous racism of seemingly well-meaning White people.

"When Blacks were brought here as slaves, they could not sing and tell stories about Whites who were oppressing them," she said during a recent interview. "So, they turned them into monsters. A White master or overseer who heard it wouldn't recognize it."

Addison, author of "How to Recognize a Demon Has Become Your Friend," says she had no role models when she started writing horror stories more than three decades ago. Everyone expected her to write protest novels about racism.

"But I kept writing weird stuff anyways because that's where my imagination went," she says. In 2001 she became the first Black author to win the Bram Stoker Award, arguably the most prestigious award for horror writers.

Due, who has written more than 10 novels, says many Black people have a visceral feel for horror stories because Black history is horror.

"For a lot of Black Americans, we have a personal history or a family story of things going bad really fast," she says. "Vampires and zombies are an escape from police profiling and worries that a teenaged son may not get home."

This cliché -- Black characters who become the first to die in horror stories -- is probably the best known. Some horror experts say Black characters for years were nothing more than "machete fodder," an unspoken message that their lives were worth less than the White characters who survived to the end of the movie.

One of the first horror stories to challenge this stereotype was a largely forgotten 1995 movie called "Demon Knight." In the film, a Black character played by Jada Pinkett goes up against a charming but evil demon who wants to usher in the apocalypse.

The movie didn't win over critics, but Pinkett's character defied the odds by becoming the Last Girl Standing -- an honor traditionally reserved for White women in slasher movies and horror classics like 1979's "Alien."

"To this point you didn't see a Black woman get to be The Final Girl," says Burgin, director of "Horror Noire." "The fact that she made it all the way to the end meant a lot. It gives us hope for Black folks."

More recently, horror films have been making the Sacrificial Negro obsolete. The acclaimed 2011 horror film, "Attack the Block," features a Black teenager in a South London housing project who leads a group of street toughs to defeat monsters from another planet.

Another British film, 2016's "The Girl with All the Gifts," is about a Black girl who is immune to a disease that has transformed most humans into voracious zombies. Blessed with fierce intelligence and ferocious fighting skills, she leads a group of elite soldiers to safety and helps save humanity.

The characters in "Lovecraft Country," whose showrunner Misha Green is an acclaimed Black TV producer, show similar courage and resilience.

A similar revolution is transforming the publishing world. Addison, the writer and poet, says horror anthologies are increasingly calling for more stories about and by people of color.

"Publishers are being called out if people realize a table of contents is all filled with straight White men," she says.

Addison is now a dean among horror writers. She's a frequent guest speaker at conferences, and young writers cite her as an inspiration. In 2017, she was honored with the Lifetime Achievement Award from the Horror Writers Association.

But outside of the world of fiction, some things don't change. In speaking with CNN, Addison makes an observation that's as chilling as some of the monsters she concocts in her stories and poems.

"It's all wonderful that I get so much respect, but when I walk out of my house and go to Walmart, I'm just a Black person in tattoos and a tomahawk haircut," she says.

"I still can't be treated as a plain human being in my country. Being Black in America is like living a horror story."