Cary, N.C. — The co-founder of Baby+Co., the chain of natural childbirth centers at the center of a state investigation following the deaths of three newborns at a Cary facility, said Thursday that she welcomes state regulation of birthing centers.

But Cara Osborne said Baby+Co. isn't to blame for the three deaths, which occurred between October and February.

"Ninety-nine percent of babies are born in hospitals. The majority of those [newborn] deaths that happen, happen in hospitals," Osborne said. "So, this is not something unique to birth centers, and yet the media attention and sort of the sensationalization make it appear that the birthing center is in some way the cause without really looking at the broader picture.

"The place of birth is not the cause of death in those cases," she added.

Osborne urged expectant parents to do some research and find the best option for the delivery of their baby.

"If I were going to have a baby in North Carolina, I would look closely at any facility that I was going to have a baby in," she said. "I had both my kids in a birth center. I come at this from an evidence-based standpoint. I understand statistics, and sometimes even tragic outcomes can occur in short period of time."

Although the state Board of Nursing oversees the certified nurse midwives who work at Baby+Co., there is no formal state regulation of birthing centers.

Still, Osborne and other Baby+Co. officials allowed inspectors from the state Division of Health Service Regulation to examine operations at the Cary facility in April, including interviewing staffers and review patient records, employee credentials and the facility's policies and procedures. 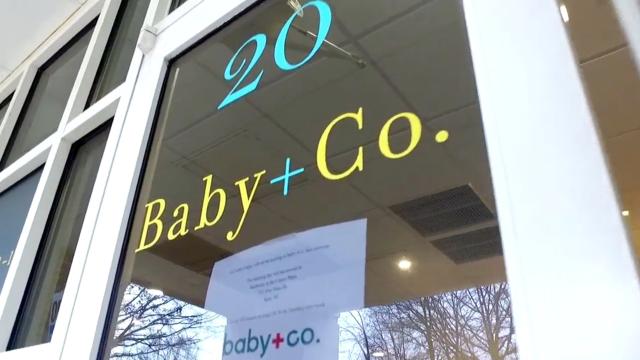 "I think the process that produced the report was flawed, and of course, you can't expect anything other than a flawed work product when you have a flawed process," she said.

In a 13-page response to the report, Baby+Co. officials note, for example, that North Carolina is one of only six states that requires supervision of nurse midwives, and Baby+Co. and its medical director meet the guidelines spelled out in state law.

The Cary facility halted deliveries after each of the deaths so officials could review policies and procedures. Deliveries resumed there a couple of weeks ago.

"There's nothing as a direct result of those cases in terms of broad offering or transfer criteria that we've changed as a reaction to those cases, but we would be remiss if we didn't learn something from the process," Osborne said.

North Carolina ranks 44th nationally in infant mortality, and she said regulation of birthing centers could only improve that rate.

"I think we need to continue to make birth centers a part of the formal health care system and ensure that they are considered and regulated things like surgery centers or dialysis centers are approached," she said.

A bill pending in the state Senate would require birthing centers in North Carolina to obtain annual licenses and be subject to DHSR inspections.