Bird, the Electric Scooter Startup, Is Said to Draw an Investment Frenzy 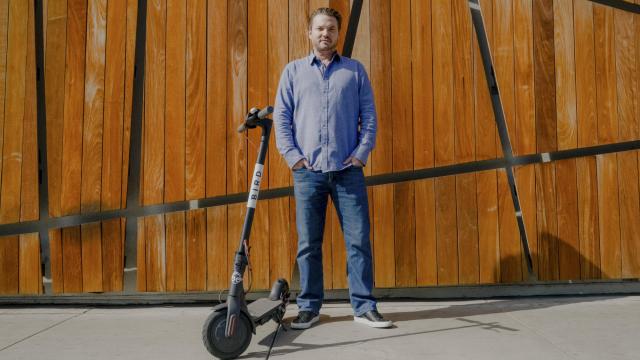 Bird, an electric scooter startup, is raising $300 million in new funding that would value the company at $2 billion, according to three people with knowledge of the financing, who asked not to be identified because the proceedings were confidential. The round is set to be led by Silicon Valley venture capital firm Sequoia Capital and will include other investors such as Accel Partners, the people said.

The financing would cap one of the fastest and largest startup fundraising frenzies in recent memory. Last month, Bird began raising $150 million at a $1 billion valuation, which quickly rocketed higher because of investor interest, according to one person. Bird, which was founded by Travis VanderZanden, a former executive at Uber and Lyft, in September, had previously raised $15 million in February and $100 million in March.

A Bird spokesman declined to comment. The new fundraising round was reported earlier by the Financial Times and the $2 billion valuation by Axios. Bloomberg earlier reported the $150 million financing talks.

Many investors in Silicon Valley are eager to put their money into another transportation opportunity after the success of ride-hailing companies like Uber and Lyft. Electric scooters have burst onto the streets of several American cities, including San Francisco and Los Angeles. Bird is at the head of the pack, with rivals, including Spin and LimeBike, also piquing investors’ interest. Before this latest investment rush, the companies had already raised more than $250 million in venture capital.

Consumers can use the Bird app to find and, for a per-minute fee, ride the electric scooters, dropping them wherever their trip ends. A small ecosystem of scooter “chargers” rove the streets at night to pick up the scooters and recharge them, collecting a bounty per scooter.

The company, which is based in Venice, California, has bucked officials in several cities as it rolls out thousands of scooters across the country, scattering them on public sidewalks and wreaking urban havoc, causing both delight and frustration among residents.

Bird’s strategy and fundraising bonanza are reminiscent of the days when Uber and Airbnb clashed ferociously with American cities as they fought to flood the market. The playbook is to become ubiquitous and popular with consumers overnight so that city regulators have a harder time banning the product and instead have to negotiate rules.

In an interview in April, VanderZanden said he saw his electric scooters becoming the dominant in-city transportation solution.

“We’re not going to be happy till there are more Birds than cars,” he said.