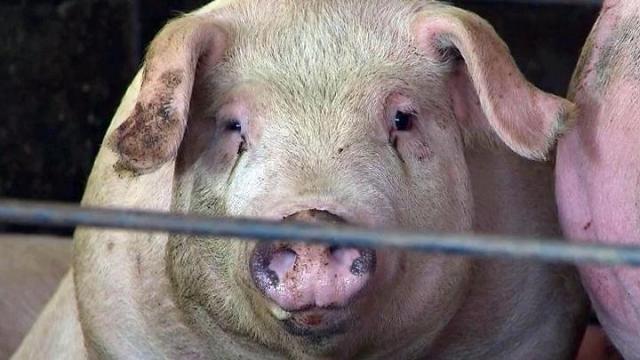 Raleigh, N.C. — A bill introduced last week in the state Senate that would block the public release of aerial photos and GPS coordinates of farms isn't likely to make it through this summer's short session, the bill's sponsor says.

Senate Bill 762 cites "fraudulently reported environmental complaints" as the catalyst for the exemption, which would include any records in the state's custody containing the photos or coordinates. Both environmental and open-government advocates say the move does little to address fraudulent complaints and would remove valuable information from the public eye.

Bill sponsor Sen. Andrew Brock, R-Davie, said the legislation was a response to a presentation from the North Carolina Farm Bureau in late March that reviewed privacy issues for agricultural operations. On one slide, the industry lobby says that groups that lodge environmental complaints have "elevated their abilities" with aerial photos, giving rise to an "overwhelming number of unfounded complaints."

Brock said the information can also be used by speculators to drive prices up and poses risks of bioterrorism.

"I take threats to our food security and other issues very seriously," he said. "It's something we need to protect as much as possible."

Keeping GPS and aerial photos hidden from the public, the bill says, would save resources for both the industry and regulators and stop complaints from "unnecessarily raising the cost of food, fiber and forestry products."

But environmental advocates say the bill is an attempt by lawmakers and the agricultural industry to stop complaints altogether.

"Enforcement of the law against violations on farms is largely complaint-driven," said Gray Jernigan, staff attorney of the Waterkeeper Alliance. "Stop the flow of those complaints, and we lose enforcement of agricultural laws."

Jernigan said his organization has used aerial photos to identify problems at hog farms and other large agricultural operations. They're then able to tie that photography with GPS coordinates to identify operators and track past violations.

"You can't tell from the ground how they operate or function," Jernigan said.

GPS data is also tracked in other public records, such as air and water quality permit listings, which are often accessible online.

The law as it's currently written would not prevent organizations from capturing aerial photography, but it would prevent state regulators from releasing that information to citizens if it's submitted along with complaints.

"It's just a deliberate attempt to keep the public in the dark," Jernigan said.

That's what concerns Jonathan Jones, attorney and director of the N.C. Open Government Coalition and Sunshine Center at Elon University. Unlike other exemptions in the state's public records law, which would require agencies to redact confidential information contained in an otherwise public record, the bill's language is far broader, he said.

"Instead of removing the portions they're concerned about, it removes any records that contain those things from the public view," Jones said.

Because it only prevents disclosure, the bill doesn't fix the problem lawmakers say they want to solve, he added.

"This does nothing to prevent people from making fraudulent complaints in the future," Jones said. "It's killing an ant with a hammer."

The N.C. Farm Bureau supports the bill, but Public Relations Director Curtis Hayes was unable to say how it would help solve problems of biosecurity and fraudulent environmental complaints.

"The bottom line is we don't believe the state government should be a conduit for releasing farmers' GPS data and other information," Hayes said.

Hayes said the measure would be consistent with other laws to protect information farmers submit to the state, most notably livestock health information submitted to the Department of Agriculture and Consumer Services.

"I think, when you're talking about a major, huge industry, they should be allowed protections because there is that connection to public health and safety," he said.

Brock was also unable to say how the bill would specifically address fraudulent complaints. He noted that, although the bill was only a first draft, it presented a good opportunity to generate discussion and get additional input from lawmakers, industries and citizens.

But he said lawmakers may not have time to tackle it during the short session this summer.

"This one will get discussion, but it's not one of the top priorities of the Senate right now," Brock said.

In the meantime, officials at the agriculture department and the Department of Environment and Natural Resources say they're trying to figure out how the bill would affect the public records they would otherwise release.

Brian Long, spokesman with the agriculture department, says he's unaware of any fraudulent complaints the agency has received in its enforcement divisions.

Jernigan, of the Waterkeeper Alliance, warned that a measure like this could eventually expand to other industries kept in check by complaints.

"Many of the violations of coal ash facilities resulted from aerial photography," Jernigan said.

Failure to enforce those violations, he said, could have environmental consequences for an industry with a history of problems, such as pesticide runoff and hog waste spills.

"I think it's just another attempt by legislators to shield a very powerful and politically connected industry in this state," Jernigan said.

Brock said he has long been a supporter of open government, but he said there must be a balance between transparency and issues of privacy and security.

"The Internet is great, it's wonderful. But it can be used against you," he said. "Making sure we're careful of data we have as state not only protects our food, it protects the No. 1 industry in North Carolina."