Durham, N.C. — It was a cold, rainy and miserable day. My drive to Durham was anything but pleasant with thick traffic and multiple accidents.

I arrived at Overdub Lane 10 minutes late. Veteran studio engineer John Plymale was in his usual cheery mood. “Coffee’s ready for ya, Bill! It’s going to be a good day!” 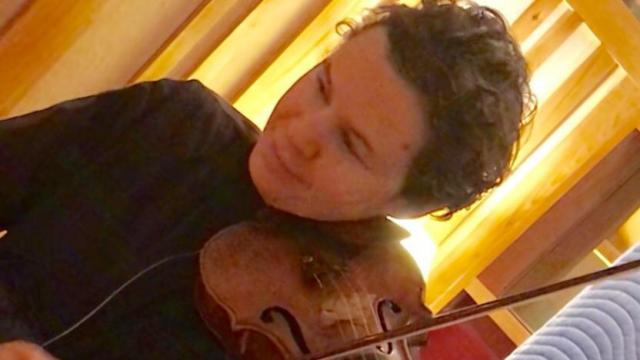 John was right. This would be one of the happiest days I’ve ever had in a recording studio. 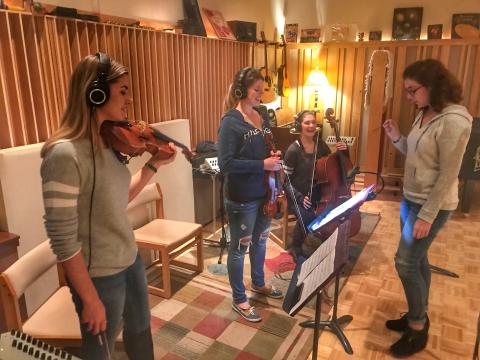 Jennifer Curtis was also running a little late on her drive in from Chapel Hill. She had flown in from Colorado the night before, and once she arrived at the Durham studio, she confessed that she had not listened to my new music until this morning.

“No problem,” I laughed. “We’ll wing it!” And what a wonderful wing it would be!

Jennifer has played on all eight of my musical albums and she’s incredible - a Juilliard graduate who travels the world playing classical music. Jennifer calls my Celtic and folk tunes her “happy music!”

Today, however, could be different, I thought. Previously, we had always written out the violin parts for Jennifer. The music was ready for her when she arrived at the studio. She just needed to play what was on the sheet and ad lib a few extras here and there.

The next six and a half hours were better than a trip to Scotland. It was studio nirvana. Jennifer elevated every song with beautiful and creative phrases on her gorgeous violin. The last song we did was a lullaby for my granddaughter Elizabeth.

It couldn’t have been better. Tears were flowing at Overdub Lane. 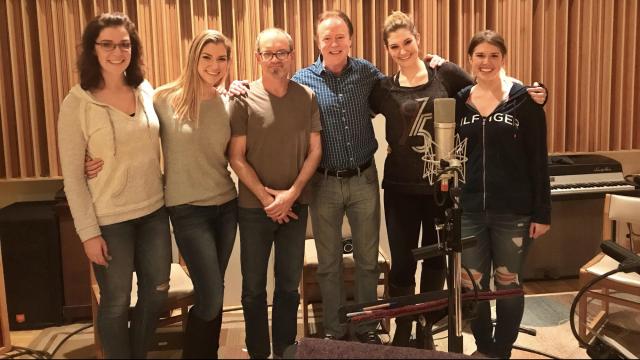 Then came The Hall Sisters. Same cold, rainy and miserable day. They agreed to play strings and sing harmony on a new song about celebrating the sacred in everyday life.

Have you heard them? The Hall sisters from Garner are amazing! Four siblings with the sweetest and purest harmony imaginable. Jessica, Natalie, Lydia and Valerie Hall. Plus, mom came along! Kathryn Hall joined us in the control room to listen. Five Halls in all and each one delightful.

We decided to record the strings first. Jessica had put together a gorgeous arrangement featuring violin, viola and cello. John Plymale positioned one of his favorite microphones in the studio. It sounded like an orchestra!

A couple of takes and we were thrilled with the sound of the instruments. Jessica’s arrangement really brought out the beauty of the song. Now it was time to sing!

We did a trial run in the control room with John. The moment Jessica, Natalie, Lydia and Valerie began singing you could hear it - the tightest vocal harmony I had ever experienced. I had read that family members can produce a perfectly cohesive tone because they share the same facial structure.

John first recorded the sisters gathered closely around a single microphone and then asked them to step two feet back from their positions for another take. He combined the two tracks on the playback. It was magic. Like a choir from heaven!

What a wonderful cold and rainy day in Durham! I will never let the weather get me down again.   ​