Raleigh, N.C. — The General Assembly on Thursday overwhelmingly approved a cash-infusion for the state Department of Transportation.

The vote in the Senate was unanimous. In the House, it was nearly so.

The bill is meant to get highway projects moving again, and it was combined with a slew of new reporting measures that Rep. Chuck McGrady, R-Henderson, a transportation budget writer, dubbed "pretty severe."

Those measures will have the DOT coming to the legislature repeatedly after a funding crunch paused hundreds of projects and crescendoed in a disagreement between the DOT and State Treasurer Dale Folwell so severe that Folwell called for Transportation Secretary Jim Trogdon's head.

Senate Bill 356 also tells the State Auditor's Office to take a close look at DOT spending, and it would limit what the department pays out each year in legal settlements linked to the Map Act.

Senate Majority Leader Harry Brown said in a statement that the General Assembly is "passing legislation to clean up the Governor's mess at DOT, and we expect to add even more accountability measures next session."

"Governor Cooper's administration is falling apart," Brown, R-Onslow, said in the statement. "DOT and DMV are a mess."

Cooper spokeswoman Megan Thorpe responded by noting the "unprecedented" storm and legal costs DOT has faced, as well as cash-on-hand limits the department must meet because of legislation the General Assembly passed in 2015.

"Legislative Republicans rarely do anything positive without some partisan kicking and screaming, but in this case they appear to recognize the need to do their jobs so that the department can continue to complete projects and respond to emergencies," Thorpe said in a statement. 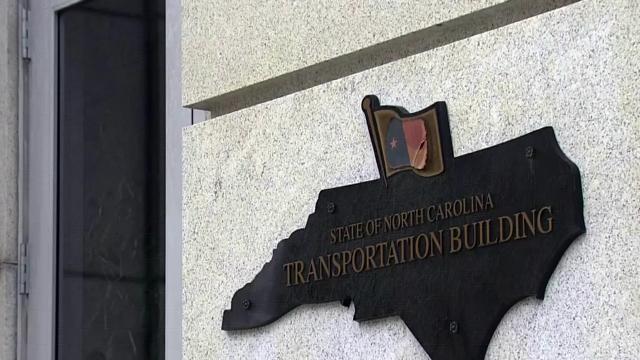 The DOT bill would take $100 million from the state general fund and transfer it to DOT. It would also authorize an extra $100 million in Build NC bonds to fund construction projects, boosting the spring bond issue to $400 million. The measure also forgives a $90 million loan from the general fund that was approved earlier this year.

Some of the transfer money is earmarked for specific projects, including $2 million to expand a flood mapping project and another $2 million for a highway "flood risk and vulnerability assessment."

The bill creates a new emergency fund to address the explosion in storm cleanup costs DOT has seen in recent years, largely due to hurricanes Matthew and Florence. In addition to the new fund, the bill would have the DOT cut budgets in other department division to gin up funding as needed for snow, ice and other emergency expenses.

The measure also authorizes a transfer from the state Highway Trust Fund to the Highway Fund. That transfer process is a major source of friction between Folwell and Trogdon.

Lawsuit settlements tied to the Map Act have also put a lot of pressure on the department's budget, and those costs may eventually top $1 billion. This state law, which has since been repealed, allowed the department to essentially freeze development for years in areas where it planned to build roads, and the policy led to multiple lawsuits and large payouts to property owners.

This bill would limit Map Act claim payments to $150 million a year, except for a carve-out on tolled projects. For Map Act claims filed after Jan. 1, only simple interest would be paid on land values, not compounding interest.

The new reporting requirements are numerous and include reports to the legislature on:

A DOT spokesman declined comment on the bill before the House and Senate votes Thursday, saying the department doesn't publicly discuss pending legislation. He said the department might have something to say after the votes.

Folwell weighed in late in the afternoon.

"My opinion has not changed," the treasurer said in a statement. "Nothing has happened over the last few days, weeks, months or years of overspending that convinces me that the N.C. Department of Transportation (DOT) is focused on getting it right or keeping it right on behalf of taxpayers, DOT employees and road contractors."

Folwell said he looks forward to working with policy makers next year on "substantial and meaningful accountability and transparency measures."