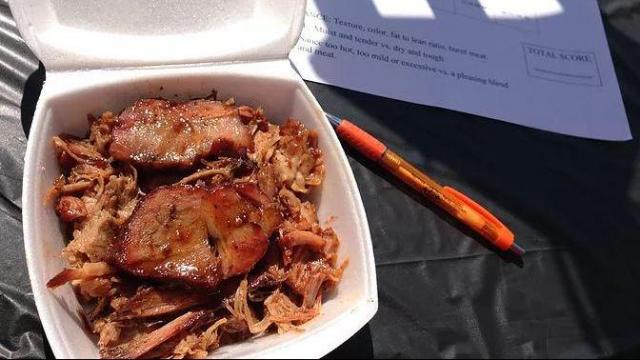 By Meg Here & There

Raleigh, N.C. — Last weekend I was a guest judge at an annual event hosted by Ray Price Harley-Davidson of Raleigh. It was a Boston Butt Cook-Off fundraiser for the Ride for Kids Pediatric Brain Tumor Foundation.

On hand was live music performed by the band LaureNicole, a bike show, a stunt show and several vendors where you could get your shoppin' on. Some vendors included local wood craftsman WordskyDesigns, a Larry's Coffee rickshaw and Sweet Willie's Lip Smack'n BBQ Sauce.

There was even a UNC Rex Healthcare Bloodmobile taking blood donations from willing attendees.

Every year the good folks at Ray Price Harley-Davidson host a series of events where they raise money for charities. This was the first one of the year where 12 cookers competed with their best Boston Butt. (One cooker came all the way from W. Virginia!)

First, second and third prize winners were awarded monetary wins. The family-friendly event charged $5 per person to get in to the all-you-can-eat event. Not a bad deal at all for that price, plus the money raised went to great charity -- a total of $2,810 to be precise. By the way, there was no alcohol sold at this event. That's as family friendly as it gets I'd say!

One of my co-judges was land speed racer Jody Perewitz. This Massachusetts native is known as the fastest woman on an American V-Twin motorcycle (that's a 2 -cylinder engine ya'll).

She set the record for riding at over 200 miles per hour. Fun fact: She and her dad Dave Perewitz have a shop in Halifax, MA, where she custom paints motorcycles. 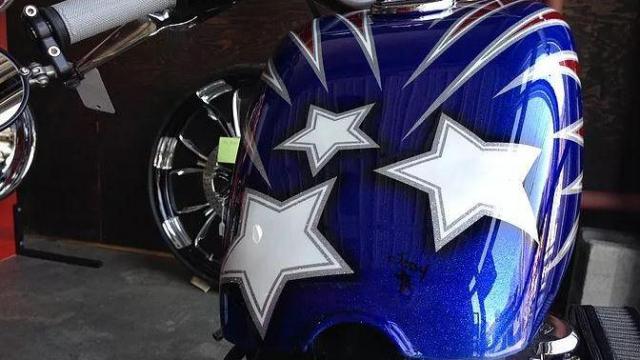 Stunt rider Christina Billings was also at the event. She put on two shows, doing some riding that had me on pins and needles at times. She made it look super easy, though.

Fun fact: Up until five years ago, Billings was a happy farm girl who never even thought about riding a motorcycle. A challenge from a friend got her to try it, and now she's a stunt rider.

It's good to be open-minded.

So let's get to the eats! The 12 samples of the Boston Butt I judged were all really good, but there were obviously some that stood out.

Judging was based on appearance, tenderness and taste. I don't even know if the ones I scored the highest actually won as it was a blind-tasting. Kept us honest!

This was hard y'all. Okay, it wasn't. It was a lot of fun, and my gut hurt after since I ate so much. The hard part is saying no to good eats and then having the equally "hard" job of judging it. 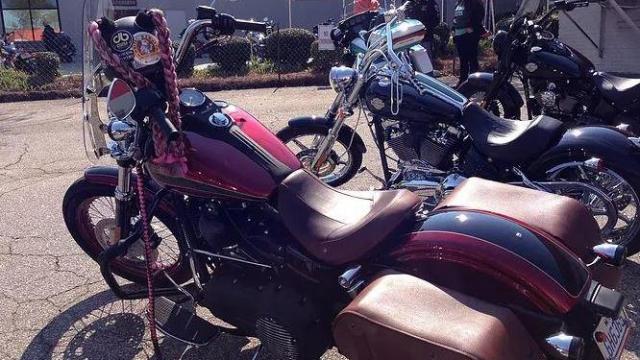 The cook-off winners were:

There was also a "Ladies Only" bike show.

I saw some super cool designs and special touches on these beautiful machines. Even if you're not a rider like me, you would appreciate seeing these beauties -- although now I'm thinking riding a bike seems like fun, and maybe I'll take a test ride sometime.

The next two cook-offs are listed below. I'll be judging those as well. Can't wait!

All events are held at Ray Price Harley-Davidson located at 1126 S Saunders St. in Raleigh.

Read more by Meg Smigielska on her blog, Meg Here & There.