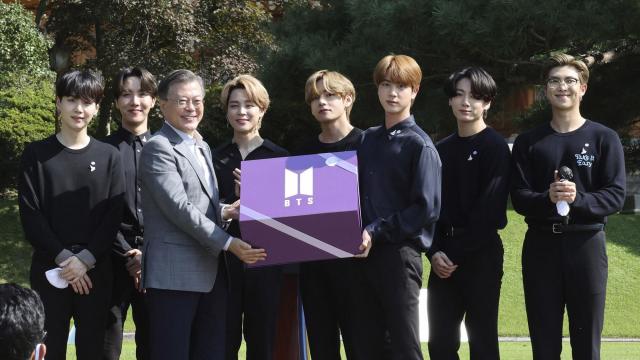 By Laura He and Jake Kwon, CNN Business

The company is run by CEO Bang Si-Hyuk, a longtime music producer who is credited with creating BTS and setting it on the road to stardom in 2013. Bang owns about 43% of Big Hit, according to a stock exchange filing. The IPO has made Bang a billionaire.

Bang gave each of the BTS band members 68,385 shares in August. Those holdings are now worth nearly $7.9 million each at the issue price. The shares start trading on October 15.

Apart from confirming the fortunes of its founder and BTS, the Big Hit IPO gives retail investors a chance to get in on the action around the seven-member group, whose breakout success has been compared with that of the Beatles.

BTS, comprised of Kim Tae-hyung (better known as V), Jung Ho-seok (J-Hope), Kim Nam-joon (RM), Kim Seok-jin (Jin), Park Ji-min, Jeon Jung-kook, and Min Yoon-gi (Suga), has been with Big Hit from the start, back when it was still regarded as an obscure startup label. The band, whose name stands for "Beyond the Scene," is known for its legions of loyal fans around the world, who call themselves the "ARMY."

The group is one of the few "K-pop" bands to break into Western markets. Last year, BTS became only the third group in 50 years — after The Beatles and The Monkees — to have three number one albums on the Billboard 200 charts in less than 12 months.

The band's success has helped Big Hit carve out a lucrative empire. Last year, the company said it brought in about 587.2 billion won (roughly $500 million) in revenue, and 98.7 billion won ($84 million) in operating profit.

The company derived 97% of its revenue from BTS last year, it said. Its contract with BTS runs until end of 2024.

Big Hit said Monday that BTS will release its second album of the year "BE" on November 20. They dropped their first full-English song "Dynamite" in August. That broke the YouTube record for most views in a 24-hour period, racking up 101.1 million views.