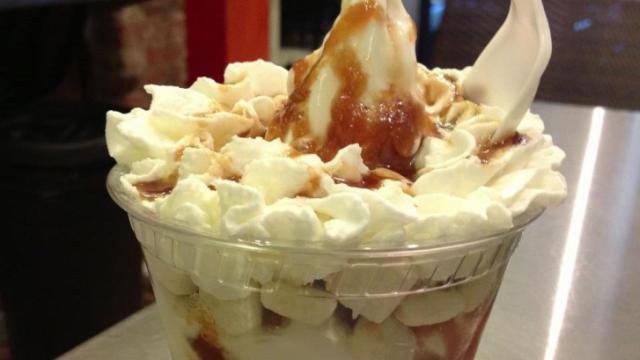 Raleigh, N.C. — Big Gay Ice Cream has made a name for itself across the country. The New York City-based business has been named one of the best ice cream parlors in the country and world. Now, you will get a chance to taste the soft-serve that has people buzzing.

As part of its fifth anniversary, Big Gay Ice Cream is taking its ice cream truck for a tour through the South. The truck stops in Raleigh at Poole's Downtown Diner from about 3-10 p.m. Saturday. (Times are approximate and will be updated via social media.)

The company began as a seasonal food truck in 2009. The first stop opened in 2011 in NYC's East Village. Another location followed in the West Village the following year. Shops in Los Angeles and Philadelphia are expected to open by the end of the year.

Big Gay Ice Cream holds the distinction of being the only food truck invited to appear at the famed James Beard House.