Big Bets Are Great, When They Are Right 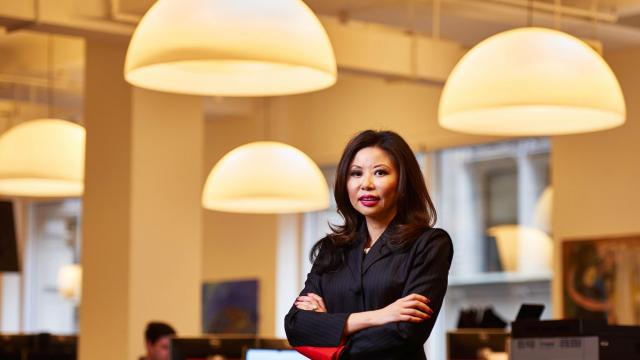 The managers of three mutual funds have been making bigger-than-average bets on their favored ideas, and their shareholders recently benefited.

In the language of the investing world, their funds are concentrated, with perhaps a few dozen holdings, instead of the hundreds typical of a big index fund like the S&P 500.

Focused investing like this can hurt if the chosen stocks plunge, but that didn’t happen to these funds in the third quarter: The managers’ bets paid off and the results for each of these concentrated funds landed them among the quarter’s best performers.

Amy Y. Zhang, manager of Alger Small Cap Focus, said she was adamant about distinguishing her fund from its bench mark, the Russell 2000 Growth Index, and its peer funds. Concentration — and ignoring the bench mark’s allocations — is part of how she does that.

“I don’t know what’s in the bench mark,” she said. “I never look at it.” That may explain why Zhang’s fund looks different. More than 80 percent of its assets are allocated to information technology and health care stocks, compared with a little less than 50 percent for the index. “I aim to be a pure stock picker,” not a benchmark hugger, she said.

Zhang’s fund usually holds 50 or fewer small-capitalization stocks. Unlike many portfolio managers, Zhang said she assembles her holdings based on their revenue, not their market cap. Revenue is a better indication of a company’s life-stage, she said. An enduring outfit can falter and slouch into small-cap territory, but the energetic growers she seeks have small, but swelling, revenues. She said she tries to invest in companies with $500 million or less in revenue. “Our sweet spot is $100 million to $200 million,” she said.

She said she divides the small caps into motorboats and sailboats. The ones she wants, the motorboats, have their own propulsion: “They’re disrupting and transforming a market and taking a market share.” The sailboats, in contrast, are pushed willy-nilly by economic breezes.

Take Apptio, one of her fund’s holdings. It makes cloud-based software that helps companies manage their information technology budgets. “They marry IT and financial data to help clients make data-driven decisions,” Zhang said. “They’re becoming a must have, instead of a nice to have, for corporations.”

Apptio invests heavily in research and development — that spending equals more than 20 percent of its annual sales, a level about twice as high as the typical company in the Russell 2000 index. “We like to invest in companies that spend a lot on R & D,” she said. “History has shown — companies that invest in R & D outperform the market.”

Information technology and health care shares also account for a hefty portion — about 70 percent of assets — of the Amana Growth Fund, managed by Nicholas F. Kaiser and Scott F. Klimo. The fund is sponsored by Saturna Capital in Bellingham, Washington.

The Amana fund is designed to hold stocks acceptable to practicing Muslims. A tenet of Islam is that believers should neither pay nor receive interest, which bars banks from the portfolio, as well as companies with lots of debt, said Klimo, the deputy portfolio manager.

The debt constraint ends up helping the fund with risk management, Klimo said. “We’re looking for solid companies that aren’t going to blow up,” he said. “And companies with strong balance sheets and cash generation can fund their activities internally and aren’t reliant on debt.”

The fund also avoids so-called “sin stocks” — those that make or sell alcoholic beverages or operate in the gambling or sex-related entertainment industries as well as those that produce fossil fuels. The fossil fuel exclusion has nothing to do with religion.

Rather, the managers decided that, since they were already evaluating their holdings based on nonfinancial factors, such as the social impact of a company’s products, it also made sense to assess environmental performance, Klimo said. As a result, the fund can market itself as one that explicitly factors environmental, social and governance performance in its investment decisions.

Like Zhang, the Amana managers concentrate the portfolio, holding only 35 stocks. They’re also very patient, selling only about 10 percent of the holdings in a typical year. “If we have confidence in a company’s identifiable and sustainable competitive advantage, we want to hold the stock over the economic cycles,” Klimo said.

They’ve held an Apple stake, for example, since 2000, and, as of the end of September, the stock accounted for about 6 percent of assets. Klimo said the company still remained promising. With the iPhone, he said, “Apple still owns the profit pool of the industry.”

The Amana fund, whose investor shares have an expense ratio of 1.08 percent, returned 12.75 percent in the third quarter.

He said his approach to buying growth stocks was shaped by the investor Philip A. Fisher. Piazza said he had read Fisher’s 1958 book, “Common Stocks and Uncommon Profits,” and then managed to strike up a correspondence with the author toward the end of his life. “I wrote him a fan letter, and he responded. We corresponded for two or three years.” Fisher died in 2004.

Piazza said he had started off as a value investor, seeking stocks that were classified as cheap, based on their price-to-earnings ratio and other metrics. Fisher changed his thinking. “The Fisher model was to find outstanding companies selling at fair prices. Phil’s idea was, if you found a price that was fair, you could own the company indefinitely.” Fisher bought Motorola in 1955 and held it for the rest of his life.

Fisher also emphasized qualitative factors in assessing stocks, like the integrity and long-term commitment of management and whether employees were treated well and empowered to make decisions, Piazza said. Tarkio, for example, invested in National Instruments, a maker of testing software and equipment, after Piazza read that the founder, James J. Truchard, had created a 100-year plan for the company.

Piazza bought the stock in 2011, the year he started Tarkio. Before founding the fund, he managed private accounts, using the same approach, through his investment-management company, Front Street Capital in Missoula, Montana.

Several other stocks have been Tarkio holdings since that first year, including Cognex, which makes machine-vision products like bar code readers, and the Rogers Corp., which makes laminates and other engineered materials. Both Cognex and Rogers were among the fund’s recent top stakes.

“The cool thing about being a long-term investor is you don’t even need one new company a year. You can go a couple of years or more without buying a new one.”

Tarkio Fund, with an expense ratio of 1 percent, returned 10.5 percent in the third quarter.