Biden to take post-debate campaign swing through Ohio and Pennsylvania 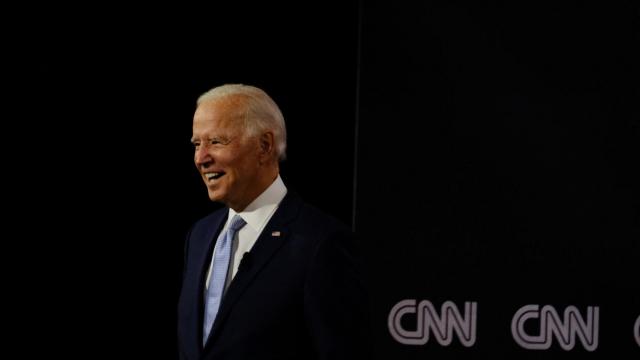 CNN — Democratic presidential nominee Joe Biden will embark on a campaign trip across eastern Ohio and western Pennsylvania via train that focuses on the economy and working families following this week's first presidential debate in Cleveland.

The plans mark the most robust campaign trip Biden has taken since March, when the coronavirus pandemic forced him to pause in-person campaigning just as the primary season came to a close. Biden's campaign stands in stark contrast to President Donald Trump, who has been traveling throughout the pandemic, and holding rallies in states such as Nevada and most recently Pennsylvania.

The former vice president's intention to travel by train through Pennsylvania is notable for two reasons: Biden has long been known as a train enthusiast, having frequently taken Amtrak trains between Washington, DC, and his home state of Delaware during his nearly 50 years in public office.

Pennsylvania, meanwhile, is where Biden was born, in the deep blue city of Scranton. The commonwealth's 20 electoral votes went to Trump in 2016, but are in play this year, with Democrats hoping to win them over from the President.

Biden is currently leading Trump in more than a handful of polls taken in Pennsylvania, with the former vice president ahead of Trump by more than eight points in three of them.

Photos: A tale of two campaigns

Earlier this month, Biden participated in a CNN town hall in Pennsylvania, where he fielded questions on an array of topics, including Trump's response to the coronavirus pandemic, policing in the US and what his campaign stands for.

"I view this campaign as a campaign between Scranton and Park Avenue," Biden said at one point during the town hall. "All Trump can see from Park Avenue is Wall Street. All he thinks about is the stock market."