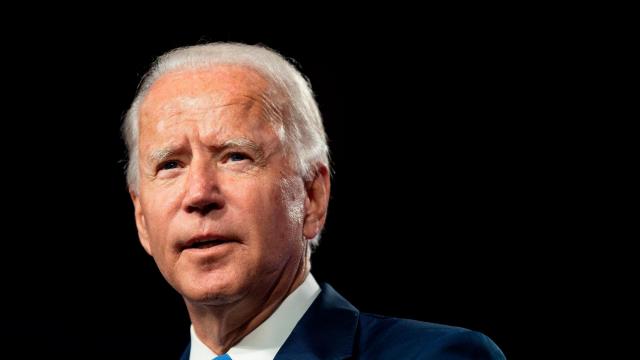 CNN — President-elect Joe Biden on Wednesday said the rioting at the US Capitol by supporters of President Donald Trump amounted to an "unprecedented assault" on US democracy, and called for Trump to immediately go on national television and demand an end to the "siege."

"At this hour, our democracy's under unprecedented assault, unlike anything we've seen in modern times. An assault on the citadel of liberty, the Capitol itself," Biden said, speaking from Wilmington, Delaware.

Biden said, "This is not dissent, it's disorder. It's chaos. It borders on sedition, and it must end now. I call on this mob to pull back and allow the work of democracy to go forward."

The President-elect called on Trump to immediately go on national television "to fulfill his oath and defend the Constitution and demand an end to this siege."

Biden said the chaotic scenes unfolding at the US Capitol did not reflect a "true America," and said they were the actions of a "small number of extremists dedicated to lawlessness."

Trump supporters stormed the Capitol building earlier in the day after the President urged his supporters to fight against the ceremonial counting of the electoral votes that would confirm Biden's win.

Two weeks from Biden's inauguration, Wednesday was the day Congress was expected to take the final procedural step involved in the election process by counting each state's electoral votes.

Buoyed by the results in Georgia's Senate runoffs on Wednesday, with two Democratic victories giving the party control of the Senate -- creating an opening for Biden's legislative agenda that previously had not existed -- Biden was expected to deliver a speech focused on the economy. Democrats have said they would deliver $2,000 stimulus checks to Americans as the nation combats the coronavirus pandemic.

But as the Capitol was engulfed in chaos with Trump supporters -- fueled by the President's lies about the election being stolen from him -- Biden scrapped his plans and addressed the mayhem in Washington.

The dark moment spurred by Trump again laid bare the divisions that Biden has said he will seek to bridge, and the intensity of an opposition that has crushed norms and now breached boundaries in its bid to keep Trump in power.

"The world's watching. Like so many other Americans, I am genuinely shocked and saddened that our nation, so long the beacon of light and hope for democracy, has come to such a dark moment," Biden said.

"Through war and strife, America's endured much," Biden said. "And we will endure here and we will prevail again and we'll prevail now."

Several hours after the doors of the Capitol building were breached -- and after Biden had delivered his remarks -- Trump urged his supporters in a video to "go home" and repeated lies about the election being stolen from him. "I know your pain. I know you're hurt. We had an election that was stolen from us," Trump said in the video.

A woman is in critical condition after being shot in the chest inside the Capitol, according to Washington DC fire officials. Multiple officers have been injured and at least one has been transported to the hospital, multiple sources tell CNN.

The entire DC National Guard has been activated by the US Department of Defense, according to chief Pentagon spokesman Jonathan Hoffman, and DC Mayor Muriel Bowser implemented a 6 p.m. ET curfew.

Vice President Mike Pence, who was overseeing the vote on the Electoral College results, and members of Congress were evacuated.

"Today's a reminder, a painful one, that democracy is fragile and to preserve it requires people of goodwill, leaders with the courage to stand up, who are devoted not to the pursuit of power and personal interest at any cost, but to the common good," Biden said.

"Think what our children who are watching television are thinking," Biden said. "Think of what the rest of the world is looking at."

In the hours before the Capitol was breached, Trump had encouraged his supporters to protest at the Capitol and had even promised to join them, but ultimately skipped the demonstrations.

Before the riots began, a number of Republican lawmakers formally objected to Arizona's election results, the first of at least three objections that were expected during the ceremonial counting during the joint session of Congress.

The objections will not change the outcome of the election, which Biden won decisively both in the popular vote and in the Electoral College. There is no evidence of widespread voter fraud in the presidential election, but Trump and his campaign have been pushing baseless and false conspiracy theories that the election was rigged against him.

Senate Majority Leader Mitch McConnell delivered a forceful rebuke of the efforts by some of his fellow Republicans and warned about the lasting damage it could cause to the country's democracy.

"The Constitution gives us here in Congress a limited role. We cannot simply declare ourselves the national board of elections on steroids," McConnell said on the Senate floor. "The voters, the courts and the states have all spoken. They've all spoken. If we overrule them, it would damage our Republic forever."

This story has been updated with additional information about Wednesday's events.