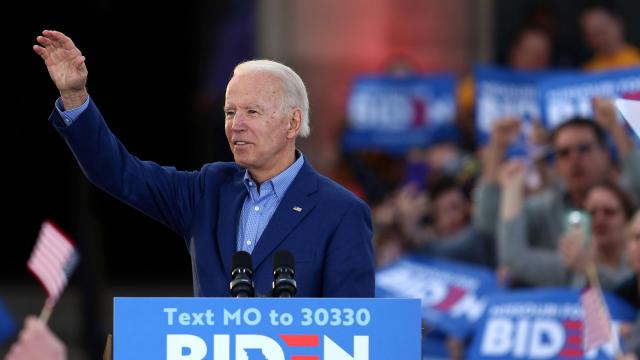 The comment comes after weeks of Trump's reelection campaign accused Biden of calling Trump's travel ban xenophobic -- though the former vice president never explicitly said as much. Biden's campaign has said he was not referring to Trump's travel ban, but had not clarified his position on the ban.

Biden first accused Trump of xenophobia in dealing with the coronavirus pandemic on January 31, at a campaign rally in Fort Madison, Iowa -- in comments that came shortly after Health and Human Services Secretary Alex Azar announced the travel ban.

"You know we have right now a crisis with the coronavirus, emanating from China," Biden said then. "The national emergency and worldwide alerts. The American people need to have a president who they can trust what he says about it. That he is going to act rationally about it. In moments like this, this is where the credibility of a president is most needed, as he explains what we should and should not do. This is no time for Donald Trump's record of hysterical xenophobia and fear mongering to lead the way instead of science."

Biden has since accused Trump of xenophobia on Twitter. And in a mid-March press conference, he lambasted Trump's labeling of coronavirus a "foreign" virus, saying the United States should not "panic or fall back on xenophobia. Labeling Covid-19 a foreign virus does not displace accountability for the misjudgments that have been taken thus far by the Trump administration."

Bedingfield said Biden's "reference to xenophobia was about Trump's long record of scapegoating others at a time when the virus was emerging from China," and that it was not a reference to the travel ban.