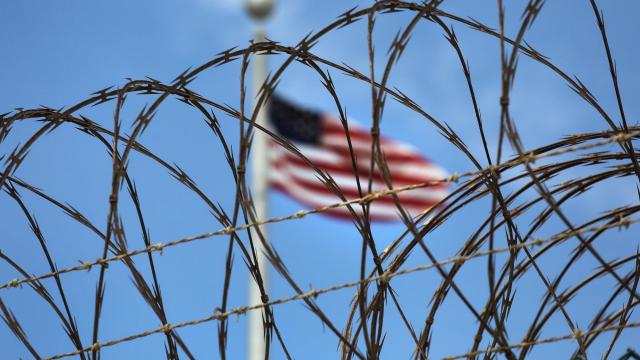 CNN — The Biden administration intends to close the Guantánamo Bay detention facility, which houses approximately 40 prisoners, by the end of their term.

When asked by a reporter during a press briefing on Friday if the prison would be closed by the time President Joe Biden leaves office, White House press secretary Jen Psaki said, "That's certainly our goal and our intention."

Psaki said the National Security Council is undertaking an inter-agency review to "assess the state of play that the Biden administration has, that we've inherited from the previous administration."

Trump, at the time, opened the door to sending new prisoners there as well.

"I am asking Congress to ensure that in the fight against ISIS and al Qaeda we continue to have all necessary power to detain terrorists wherever we chase them down, wherever we find them. And in many cases for them it will now be Guantánamo Bay," Trump said in 2018.

"The Secretary believes Guantánamo Bay should be closed. He fully supports the administration's desire to do that, and he fully expects to be a partner in the inter-agency process and discussion as that moves forward," Kirby said during a press briefing.

Originally opened in 2002, the facility was meant to be a place where suspects in the war on terror could be interrogated. But prisoners have been indefinitely detained, many without charges or trial and subjected to reported abuse. As the US war on terror dragged on, the detention facility became an international symbol of US rights abuses in the post-9/11 era.

Khalid Sheikh Mohammed, known as one of the principal architects of the 9/11 attacks, is currently being held at Guantánamo, along with Moath Hamza Ahmed al Alawi, who is believed to be have been one of Osama bin Laden's bodyguards.