Better Local Journalism, by Local Reporters, Is the Goal of a New Database 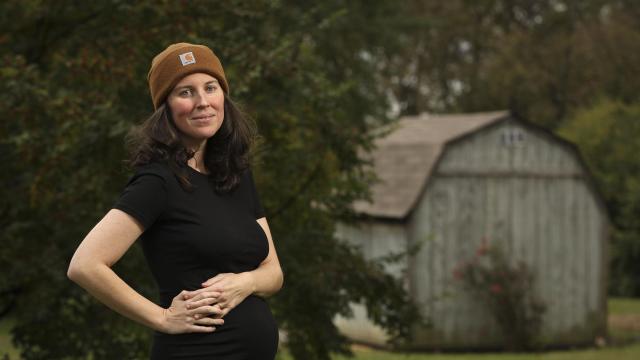 In recent years, as local news organizations have been decimated by layoffs and industry consolidation, communities across the country have complained that journalists who come into their towns and cities too often produce shallow or misrepresentative reporting.

Local journalists who know their hometowns could report the same stories more accurately and with more depth, they say.

Sarah Baird, a journalist from Richmond, Kentucky, is among the critics, and she has an answer.

“These stories cause actual consequences for these communities,” Baird said, “not only in how the nation perceives them but how they perceive themselves.”

So together with developer Cameron Decker, she has developed a tool to promote better local reporting. It is Shoeleather, a database aimed at connecting journalists outside the nation’s media hubs — New York City, Washington, Los Angeles and San Francisco — with editors across the country for the purpose of reporting on their home regions. Since it was announced on Twitter in late September, more than 400 reporters representing all 50 states have registered, Baird said.

She has spoken with organizations like PEN America about collaborating with its PEN Across America initiative, which focuses on local news advocacy and media literacy.

Shoeleather’s purpose is to make it easy for editors at national news organizations to find reporters who are entrenched in communities and knowledgeable of, say, how agriculture price fluctuations affect residents surrounding Des Moines, or the effect 19th-century race riots might have on current voting legislation in North Carolina. A local reporter, Baird said, might be able to help an editor with a feature article or to collaborate on breaking news like hurricanes or shootings, rather than relying solely on staff reporters from out of town.

According to data from the Bureau of Labor Statistics in May 2017, about 1 in 5 news reporters in the United States worked in the metropolitan areas of New York, Los Angeles or Washington. (Many national news organizations do have staff reporters who live in different areas across the country, as well as freelance journalists in many regions whom they regularly rely on.)

The Shoeleather database follows the format of databases created to address the lack of representation in the media industry, including Writers of Color and Disabled Writers. Registering with Shoeleather is free. Journalists sign up using a Google form, noting their location and areas of coverage. Assigning editors can access the database at no cost, sorting reporters by state, city and coverage area and then getting their contact information.

Baird said she planned to connect with regional and national press clubs, as well as research hubs like the Donald W. Reynolds Journalism Institute in Columbia, Missouri, and the Institute for Rural Journalism and Community Issues in Lexington, Kentucky. She will also attend journalism conferences to spread the word about Shoeleather.

She hopes word-of-mouth will be a catalyst.

“National editors are an ‘if you build it they will come’ sort of thing,” Baird said when asked how she planned to encourage larger news organizations to use the database.

The database could also be a boon for regional publications. Christina C. Smith, an assistant professor of mass communication at Georgia College who specializes in community journalism, said that for regional papers like The Atlanta Journal-Constitution, budget cuts often lead to a decline in coverage of smaller towns’ local politics, and subsequently in the paper’s local character that once enticed readers and advertisers.

A recent study by the University of North Carolina’s School of Media and Journalism found that almost 1,800 papers in the United States have closed or have merged with other paperssince 2004, and of the 3,143 counties in the United States, half currently have only one newspaper, often a weekly.

“It’s a vicious cycle because circulations are on decline because ad revenue is declining, but those things are declining because they’re not giving their audience anything to pay for,” Smith said.

Shoeleather, she said, could perhaps highlight subjects that would otherwise go uncovered.

Steven Waldman, president and co-founder of Report for America, a nonprofit group that has installed reporters in local newsrooms across the country, agreed. “If there had been earlier coverage of the opioid problem and a better connection between national and local media, we would have seen this as a national problem sooner,” he said. “So you can see patterns.”

Baird, who is funding the project herself and hopes to eventually add employees, said she planned on developing Shoeleather into a resource hub with paid memberships, similar to freelancer media databases like Study Hall. Paying would give someone access to benefits like Shoeleather-organized journalism workshops or conferences.

“The plan is always be around,” Baird said. “To be a resource.”