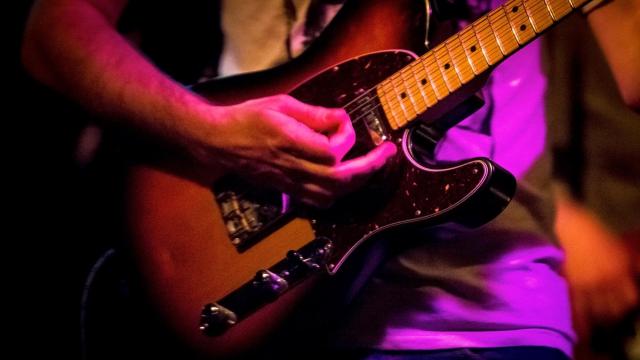 Raleigh, N.C. — There are so many great live music options in the Triangle, and although Charlotte and Greensboro get some of the bigger concert tours, we've seen Taylor Swift and the Rolling Stones plan Raleigh stops already this summer.

But what about when you want to listen to a band you've heard of without breaking the bank to do it? That's where the Triangle really shines!

Let's start with the legend: Cat's Cradle has hosted Nirvana and Joan Baez, Death Cab for Cutie and Southern Culture on the Skids. Most tickets are less than $20, the showroom packs in fewer than a 1,000 people, and many shows are all-ages. If you live in the Triangle and like live music, this one is a must.

Downtown Raleigh has two great, intimate venues, one indoor and one outdoor. Both are big players in the annual Hopscotch Festival.

The newer of the two is Red Hat Amphitheater, situated across from the Raleigh Convention Center under the beautiful shimmer wall. Red Hat has become THE place for summer concerts. It's accessible, parking is plentiful and the atmosphere is outstanding for a summer evening.

Just a couple of blocks away, the Lincoln Theatre programs many of today's top urban acts. It's there that Fayetteville artist J. Cole chose to host a $1 per ticket homecoming show in 2014, and Waka Flocka is on the bill for June 27. Shows are all ages, and general admission. Get there early to snag a spot on the balcony.

The Haw River Ballroom in Saxapahaw is and hour's drive but a world away from that urban bustle. Gaze out over the river, enjoy a beverage on the deck (local coffee and beer are on offer) and listen to the sounds of artists like Ricky Skaggs and Robert Earl Keen. Make the trip just to see the beautifully restored cotton mill turned event space.

Finally, Motorco in Durham makes the list for ambience and proximity to Fullsteam Brewery. Sure, parking is a problem, but once you are situated you can spend an evening enjoying live music without a cover merely by walking up the street. Food trucks generally park outside and Motorco has added a restaurant, Parts and Labor, and plenty of outdoor seating.