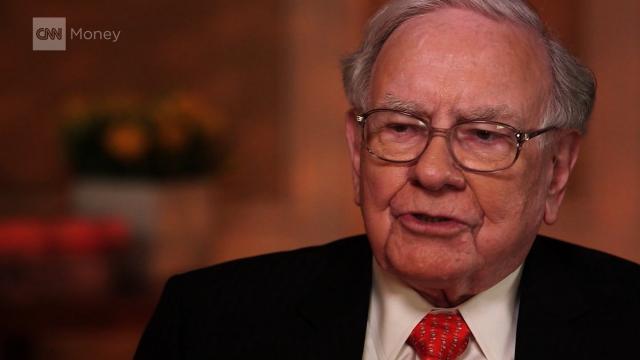 NEW YORK (CNNMoney) — It's always good to be Warren Buffett. But now is an especially rosy time to be the Oracle of Omaha.

His Berkshire Hathaway conglomerate is trading near a record high and is worth about a half a trillion dollars.

Analysts at Barclays Capital said in a report earlier this week that Berkshire Hathaway's book value could grow by nearly $40 billion thanks to lower corporate taxes.

And Buffett himself is now worth more than $87 billion, according to estimates by Forbes and Bloomberg.

But Berkshire Hathaway didn't really clear up questions about succession plans that much.

Jain and Abel have been considered frontrunners since David Sokol, the head of Berkshire Hathaway-owned NetJets, left in 2011. Sokol exited after disclosing that he bought shares of lubricant maker Lubrizol just before Berkshire Hathaway acquired the company.

And Buffett has been somewhat coy about who his replacement will be.

He wrote in Berkshire Hatahway's 2015 annual shareholder letter that "we now have the right person to succeed me as CEO -- a successor ready to assume the job the day after I die or step down."

He added that the person was relatively young but didn't elaborate further though. Abel is 55 and Jain is 66.

But Berkshire's other vice chairman and long-time Buffett friend Charlie Munger was more forthcoming. Munger said in his own remarks in the 2015 letter that Jain and Abel are "proven performers who would probably be under-described as 'world-class."

Buffett didn't provide any more hints about the succession plan in an interview with CNBC on Wednesday either. He continued to stress that he's in good health despite his love of Cherry Coke and junk food like Dairy Queen -- which Berkshire owns outright.

He reiterated that he still loves the market and said tax reform will help boost earnings. Berkshire Hathaway is a big investor in many U.S, blue chip stocks -- its top five holdings are Wells Fargo, Kraft Heinz, Apple, Coca-Cola and Bank of America.

Buffett also said he's not betting on cryptocurrencies because he fears they'll have a bad ending. But he's been bearish on bitcoin since 2014 even as the price has surged to even more stratospheric heights.