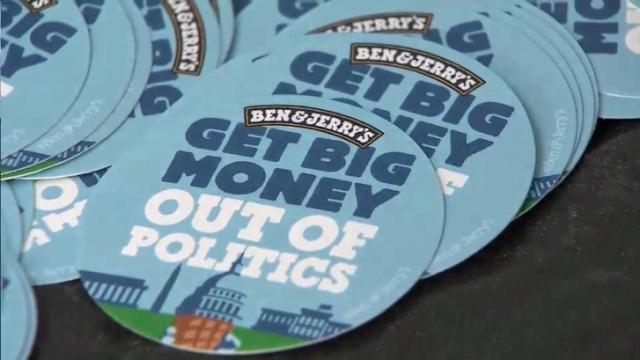 The liberal entrepreneurs are working with the North Carolina NAACP and others in an effort to promote the importance of Congress reauthorizing the Voting Rights Act and working to remove the influence of big money in politics.

"We're here today with Rev. Barber and many others to stand up for the right to participate in our democracy, a right that so many people fought and died for," Cohen said in a statement, referring to state NAACP President William Barber. "Since our country's inception, many brave Americans have battled to expand voting rights and voter access for African-Americans, for women and young people, but the recent passage of restrictive policies in North Carolina takes our country backwards."

North Carolina began this year requiring voters to present photo identification at the polls, which the NAACP and others have argued makes it harder for poor, young and elderly voters to cast ballots. Lawmakers also have made other elections changes the NAACP has opposed, such as eliminating same-day registration and shortening early voting by a week.

The Empower Mint ice cream is part of the Democracy is in Your Hands campaign, a year-long effort focused on getting people to take a stand in support of democracy that they said "truly represents the needs of all Americans."

Participating Ben & Jerry's scoop shops across the country will install kiosks to register voters. Trucks offering free scoops of Ben & Jerry's will tour North Carolina this summer with information about the campaign and voter registration.