Behind the story: Leyla Santiago explains why she went to the border 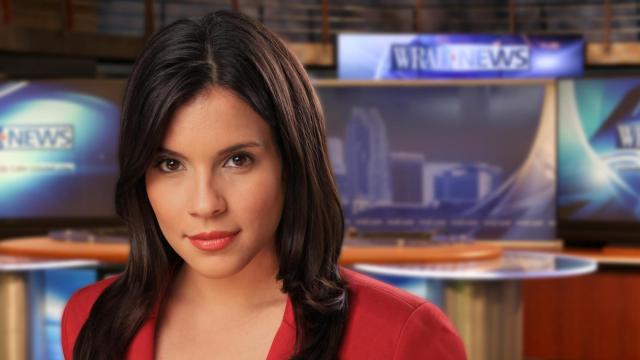 I didn’t sign my name. I didn’t CC anyone else. I just sent a quick email to the assistant news director to move forward with my next assignment. The assignment itself would not be as simple.

Last year, 154,453 people were caught crossing the border illegally into the Rio Grande Valley of Texas. What happens to someone caught depends on a variety of factors – country of origin, age, even the reason they left their country. The process and issues are complicated, but not new.

So what has changed? Why the sudden focus on the border? Children.

From October to July of this year, border patrol apprehended 42,164 children crossing the border alone and illegally in the Rio Grande Valley.

Most of them are not coming from the other side of the border. In fact, 75 percent of unaccompanied minors are coming from Central America.

Photographer Zac Gooch and I headed to the Rio Grande Valley. It’s an area the size of South Carolina. Summers can be extremely hot and humid. Zac and I had never been there before.

Over the next 10 days, we got to know the area and people near the border.

We met a man who grew up on the border and whose family still owns land on the border. When he took us out to the property with him, he carried a shotgun and described how life along the border has changed. While on the Anzaldua family property, we could hear the shootouts right next door in Mexico.

We also had a chance to tour the McAllen Border Patrol station. It is one of the busiest in the Rio Grande Valley. Anyone caught crossing the border illegally in McAllen is taken to the facility to be processed and detained.

I have learned that, sometimes, just the look in someone’s eyes can tell quite a story. For many of the women, their eyes screamed fatigue, worry and desperation. The toddlers’ eyes were filled with innocence and ignorance. The young girls appeared shy and vulnerable. The teen boys however, seemed playful and happy someone was just acknowledging their presence.

In cell number 116, a young boy, perhaps 11 or 12, popped his head up above the group of boys already glued to the window. He waved, giggled, then blew me a kiss and quickly ducked back down behind the others. When the other boys realized what he had done, they laughed and teased him.

Each person had his or her own story. That is what I wanted to hear. We’ve heard the sound bites and quotes from officials featured in news stories. I wanted to go to the Rio Grande Valley to truly understand why children are taking such risks to cross into the U.S.

I wanted to hear from the people who understand the situation best what the real problems and potential solutions are for immigration and the latest surge of unaccompanied children. I wanted to understand the impact something like this has on North Carolina.

Tonight, on The Journey Alone, we dive into the issue. Join me at 7 p.m. on WRAL-TV.