Behind the Scenes in Wisconsin: A Republican Power Play, Months in the Making 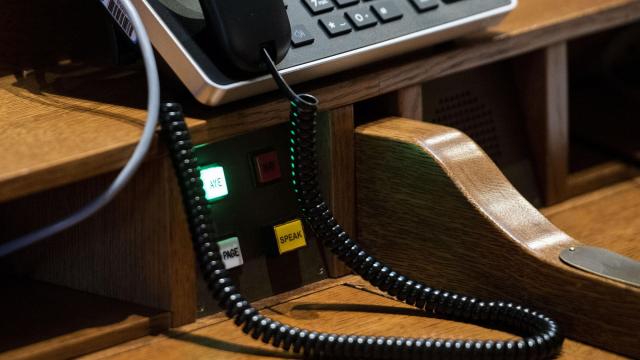 MADISON, Wis. — Last spring, after Wisconsin Democrats seized a state legislative seat long held by Republicans and sent a liberal justice to the state Supreme Court, Republicans began to worry. Gov. Scott Walker, preparing to seek a third term, warned his fellow Republicans on Twitter of the “risk of a blue wave” and publicly urged them not to be complacent with fall elections ahead.

During the same period, an aggressive and methodical alternate strategy was emerging behind the scenes. Over the summer, Robin Vos, speaker of the Wisconsin Assembly, sought a detailed analysis from the state’s Legislative Fiscal Bureau of the powers of the governor compared with those of the state Legislature.

By fall, with polls showing an extremely tight governor’s race, Scott L. Fitzgerald, the state Senate majority leader, said he and Vos had conferred about how best to “put on solid ground” some of the policies the Republicans had advanced during eight years of full control of state government.

“We were kicking it around, nervous about the way the elections were going to go,” Fitzgerald said in an interview.

When Wisconsin Republicans this week pushed through a sweeping set of bills that diminish the power of the newly elected Democratic governor and attorney general while expanding that of the Republican-held Legislature, Democrats responded with outrage, calling it a swift and sudden power grab by Republicans.

But the plans had actually been months in the making, part of what has become a playbook for holding onto power in places where Republicans have had state control to themselves and now face sharing it. North Carolina lawmakers took similar steps when a Democratic governor was elected in 2016, and in Michigan, where Democrats in the midterms won the offices of governor, attorney general and secretary of state, Republican lawmakers were this month weighing new limits to their opponents’ power.

In Wisconsin, furious Democrats raised the possibility of filing suit if Walker, the outgoing governor, signs the bills in the coming days. With the state seen as a critical prize in 2020, especially given the unexpected role it played in helping seal President Donald Trump’s victory in 2016, Democrats also warned of significant voter backlash.

“It speaks to a new brand of politics where you’re seeing a rejection of the social contract that exists with the public where we respect the outcomes of elections,” said Gordon Hintz, the Democratic minority leader in the Assembly. “It’s not really about policy. It’s about undermining our democracy.”

— The Speaker at the Center

Just hours after Walker conceded the election in November, Vos stopped by the press room at the Wisconsin Capitol and expressed an interest in limiting the powers of Tony Evers, the Democrat who won.

Vos, a brash leader known for keeping his caucus in line and widely seen as a chief architect of the bills passed this week, helped Walker turn Wisconsin into a stronghold of conservative policy in the last decade. Together, they enacted right-to-work and voter identification laws and a work requirement for Medicaid recipients. Vos had no intention of letting Evers reverse those policies.

Vos, whose party retained its legislative majorities, said he was open to compromising with Evers on some issues, “but it doesn’t mean that I’m just going to roll over and let him do a bunch of things that I ultimately disagree with.”

To Vos, the legislation was a happy marriage of political opportunism and his longtime skepticism of executive power.

He said limiting executive power had long been a goal of his, even under Walker. This spring, months before Democrats even nominated Evers, Vos said he had met with the governor and Fitzgerald to discuss ideas to rein in executive power. Much of what was passed this week, Vos said, came in that spirit.

“If you take the names off it and do it before the election, which of these proposals would a state legislator have not wanted to have a voice in?” Vos said. “I think the problem is the decisions were made at a time when Democrats in Wisconsin feel like their agenda was validated.”

The bills would prevent Evers from withdrawing from a lawsuit challenging the Affordable Care Act, block him from opting out of federal waivers and limit his administration’s rule-making authority. The bills also limit early voting to two weeks and give lawmakers the ability to hire outside lawyers and intervene in certain lawsuits. And the legislation targets the authority of the incoming Democratic attorney general, Josh Kaul, who would no longer be able to hire a solicitor general.

Wisconsin Republicans vehemently dismissed any suggestion that the idea for the legislative package might have come from somewhere outside of the state or have been based, for instance, on North Carolina’s model from 2016. “This was homegrown,” Fitzgerald said. Vos noted that some provisions in the bills had been debated by lawmakers before, and he insisted that he would have introduced others next year if Walker had won re-election. But he and other Republicans also acknowledged the obvious: Some of the provisions passed this week would not have been put forward had Evers lost.

“It was jaw-dropping to see the breadth, to see the pettiness,” said Jennifer Shilling, the Democratic leader in the state Senate, who accused Republicans of “putting partisan politics over the will of the people.”

Vos was unapologetic. He blamed Democrats and the news media for “partisan hysteria” that he said distorted the intent and scope of the legislation. Republicans noted that when Democrats lost full control of the state in 2010, they, too, had called a lame duck session, in which they tried to pass labor contracts for state workers before Walker and his fellow Republicans could take office. (One lawmaker jailed for drunken driving was released to vote with the Democrats, but the measures ultimately failed.)

“Whatever we did,” Vos said of the changes Republicans pushed, “they were going to make it out that we were stealing food from children and bastardizing democracy.”

Shortly before 5 p.m. last Friday, state Sen. Robert L. Cowles, a Republican, got an email that contained 141 pages of bills that were to be voted on a few days later. The sheer scope of the proposal caught people off guard.

The legislation went beyond what he had anticipated after an earlier meeting with his fellow Republicans. “We talked through a few basic things, but the ultimate document went further,” said Cowles, who has been a lawmaker for 3 1/2 decades. All weekend, he said, he got phone calls and emails by the hundreds from constituents.

“Most of the people that contacted me didn’t like it,” he said, and many of them “were Republicans who said, ‘This just did not look good.'”

By Monday, the backlash was clear in Madison. Cowles and other lawmakers faced a Capitol packed with opponents. In a cramped committee room, hundreds of residents spoke, two minutes at a time, about what they alternately called a “coup,” an “erosion of American democracy” and “an attempt to negate an election.” Hundreds more gathered outside, protesting in the bitter cold. “So, if Gov. Walker were re-elected, would we be here tonight?” state Rep. Katrina Shankland, a Democrat, asked at one point in a hearing.

“My guess is we wouldn’t necessarily be here tonight,” state Rep. John Nygren, a Republican, responded as audience members hissed. He added that if Walker were still in power, “we would be in a position where we would be negotiating with the executive branch to make these changes — yes, I believe that.”

Republicans negotiated behind closed doors long past midnight with skeptical senators to narrow some of the measures and rewrite parts of the bills. Cowles, who kept himself going with Diet Mountain Dew, had not seen enough changes to one of the bills to persuade him to support it. Not even a late visit to his Capitol office from Fitzgerald could make him budge.

Cowles’ opposition was not enough to derail the process. Vos huddled with Fitzgerald in the early hours of Wednesday. Finally, lawmakers returned to the Senate floor and shortly after sunrise, the most expansive cuts to Evers’ power had cleared both chambers.

Evers vowed to personally lobby Walker to veto the measures. If that failed, he said litigation was on the table. Walker did not respond to an interview request.

“We will not just lie down and accept this,” Evers said. “We believe it was the wrong step and we’re going to continue to take the steps necessary to change that.” — An Eight-Year Pattern

For Wisconsin Republicans, pressing forward with speedy changes over loud opposition was nothing new. In 2011, they cut benefits and collective bargaining rights for most public-sector workers as thousands of protesters chanted in the Capitol and as Senate Democrats fled the state to try to slow the measure. In 2015, they pushed through a right-to-work bill over the furious chants of labor union members after late-night meetings.

“They have this way of thinking from those experiences — if we can just gut this out and deal with the protest and have a day of pain, we can ram it through and just be done,” said Charlie Sykes, a conservative former radio host in Wisconsin who has been critical of Republicans lately. “But those earlier ones were about something meaningful. I don’t think they understand the optics of this. It creates the image of a last-minute power grab.”

But Fitzgerald said he believed that many Wisconsin voters will support what Republicans did. “There’s a reason that the Legislature is Republican in both houses, and I think people are going to be comfortable with this divided government once they see how liberal Tony Evers is,” Fitzgerald said.

“You cannot argue that the state has ever been in a better position than what we are right now,” he said. “It’s just one thing after another that makes Wisconsin look awesome.”