Behind T-Mobile-Sprint Merger, a Race to Keep Up With China in 5G 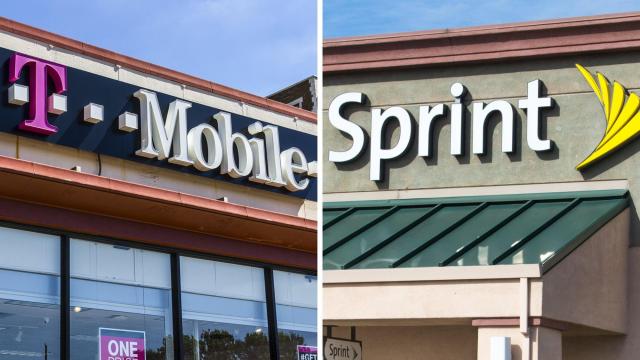 BEIJING — In this period of tense judo between the United States and China in the high-tech realm, even a merger of two U.S. wireless providers has become entangled in fears about losing international competitiveness.

Announcing a deal Sunday to combine, T-Mobile and Sprint said that joining forces would help ensure that U.S. companies remain world leaders in the coming era of fifth-generation wireless technology, or 5G.

The implication: Failure to keep up in 5G would give China and Chinese firms the edge.

Many analysts believe that such talk is merely aimed at convincing the Trump administration to approve the deal. (Regulators have blocked T-Mobile and Sprint from merging before.)

“They kept pointing to China on the call, but that is just a nice way to grease the skids,” said Will Townsend, an analyst with Moor Insights and Strategy, a research firm based in Texas, referring to a T-Mobile conference call with reporters and analysts Sunday.

Still, most experts agree that the deal would produce a healthier company, one with more financial resources to pursue 5G. And where the rivalry in advanced industries between the United States and China is concerned, the prize is significant.

It is not just the ultrafast video downloads and web surfing that such networks could provide for consumers. Rather, it is the whole range of future economic and technological opportunities — from self-driving cars to smart cities and factories — that they could open up.

“It’s hard to argue that 5G is not key to the next five to 10 years,” said Chris Lane, a telecom analyst in Hong Kong with Sanford C. Bernstein. “Strategically, if you’re the U.S. and you’re trying to plan industrial policy, this deal makes sense.”

Mobile carriers in China have already announced bold plans to roll out 5G networks, and it is unlikely that the creation of a new U.S. wireless giant would affect them. China Mobile, which has nearly 900 million wireless customers, is aiming to begin large-scale 5G trials in several Chinese cities this year.

But U.S. policy and regulation could affect Chinese companies in other ways. In particular, the U.S. government has recently targeted two giant Chinese suppliers of the equipment that will make those new networks possible.

For years, Huawei and ZTE have been unable to sell to large U.S. wireless operators over security concerns. But the Department of Commerce recently went further, blocking ZTE from using U.S.-made components for seven years, saying the company had failed to reprimand employees who violated U.S. sanctions against Iran and North Korea.

ZTE now faces the prospect of being unable to manufacture network gear during the years in which wireless providers in China and elsewhere will most likely be building 5G networks. Huawei, meanwhile, faces an ongoing investigation related to violations of U.S. trade controls.

Serious disruption to either company’s business could mean a boon for their main rivals in telecommunications equipment, Nokia of Finland and Ericsson of Sweden.

It could also put at least one customer of the Chinese vendors in an awkward position: SoftBank, the Japanese conglomerate that owns 80 percent of Sprint.

“SoftBank has been working with ZTE in Japan, but now they have to try to find other partners,” said Tsutsumu Ishikawa, an independent expert in Tokyo who covers the mobile industry.

As T-Mobile and Sprint seek Washington’s blessing for their union, the Trump administration might require that SoftBank drop Huawei and ZTE as suppliers, said Lane of Bernstein, particularly given Japan’s closeness to the United States as an ally. Masayoshi Son, SoftBank’s founder, has also cultivated personal ties with President Donald Trump.

“If the administration for whatever reason doesn’t want Chinese suppliers of network equipment in Japan, either — and it’s possible — then I’m sure Masa would be willing to compromise,” Lane said, using Son’s nickname. “I think he’s quite pragmatic.”

As much promise as 5G seems to hold for tomorrow’s economy, it is not clear that technologies such as driverless cars will have matured by the time the new mobile networks are ready. That means carriers in the United States and China may be racing to build infrastructure more quickly than the technology that would make best use of it is developing. At a recent Huawei summit meeting in the company’s home city, Shenzhen, executives sounded eager to tame sky-high hopes for 5G, describing the technology as an evolution and not a revolution.

“We do have expectations for 5G, but the expectations are not as great as everyone imagines,” said Eric Xu, Huawei’s deputy chairman. “Because we have implemented 4G very well, we don’t see many clear applications that can only be supported with 5G.”

Doubts about the technology’s near-term usefulness are also why telecom carriers outside China and the United States, as well as other notable exceptions like Japan and South Korea, are moving toward the 5G age more cautiously.

“A lot of people are genuinely struggling to figure out, ‘What is the business case for 5G?'” said Ramakrishna Maruvada, a telecom analyst in Singapore with Daiwa Capital Markets. “Most operators do not think faster consumer broadband is a good enough reason to be pursuing a huge leap in technology.”