Before the Fights Over Recounts: An Election Day Vote on Voting 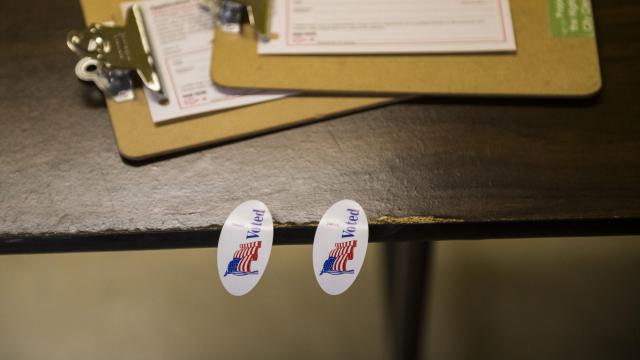 Amid the recounts, recriminations and allegations of voter suppression or ballot fraud, something else happened in Tuesday’s elections — a wave of actions aimed at making voting easier and fairer that is an often-overlooked strain in the nation’s voting wars.

Floridians extended voting rights to 1.4 million felons. Maryland, Nevada and Michigan were among states that made it easier to register and vote. Michigan, along with Colorado and Missouri, limited politicians’ ability to directly draw, and gerrymander, district lines. Utah, where votes are still being tallied, appears poised to do the same.

It was as if states around the country were pulled in two directions at once — with measures aimed at broadening voter participation coming on the heels of recent laws and regulations making it harder to register and vote.

Still, for all the charges and countercharges on voter suppression, most of the momentum Tuesday was on measures quite likely to broaden voter participation and limit gerrymanders.

“It is clear when you put democracy reforms on the ballot, those measures win overwhelmingly,” said Karen Hobert Flynn, president of Common Cause. “From our perspective, we are going to be taking a hard look at where we can move more of these reforms in 2020 and beyond.”

There was plenty of news in the other direction, most notably the potential for prolonged legal fights over tight races in Florida, Georgia and Arizona. Many Americans cast ballots whose weight was diluted by precise, data-driven gerrymanders. North Carolina and Arkansas bucked this year’s voter-friendly tide by creating new identification requirements.

Sometimes, clashing electoral policies played out within the same state. While Floridians voted to re-enfranchise felons, college students there had to fend off a move by Florida’s secretary of state to bar voting on campus. In Michigan, voters reinstated straight-ticket voting, which makes it easy to quickly vote for a single party across elections, overturning a move by the Republican-controlled Legislature in 2015 to abolish it.

Nationwide, the varying moves are the latest chapter in an escalating battle between Democrats, who tend to gain with a larger electorate, and Republicans, whose policies often push in the opposite direction. How Americans vote is likely to remain on the front burner as both parties turn toward the 2020 presidential year elections. Arnold Schwarzenegger, a backer of redistricting reform — he has a Terminate Gerrymandering PAC — said last week he will seek to build on recent gains and hold a summit on the topic.

The election was also a reminder that, despite episodes of voter suppression, substantial progress is being made at increasing turnout, which was at the highest rate for a midterm in more than half a century. While the polarization and passion of the Trump era was likely the primary reason, the ease of early voting and automatic registration contributed. For the most part, the array of new ballot measures were aimed at continuing to make voting easier.

That reflects the way voting issues combine both deeply political impulses and largely practical ones.

“There are voting reforms which trigger partisan sensibilities, and then there are those that respond to people’s desire to have a modern, efficient and nonbureaucratic process,” said Nathaniel Persily, a Stanford University law professor and elections scholar. “People want options. They don’t want to be forced to go to a polling place; they want to be able to vote from home. Right now, when people can conduct their entire lives on their phone, they wonder why they have to go to a 19th century polling place to cast a ballot.”

Several of the measures sparked partisan battles, like Michigan’s Proposal 2, which created a commission to draw district lines, and Issue 2 in Arkansas, which requires voters to have photo identification and was opposed by the American Civil Liberties Union.

The ACLU also targeted Kris Kobach, the Kansas secretary of state and candidate for governor who became a villain among liberals after repeatedly making spurious claims about widespread voter fraud. While the ACLU does not officially endorse or oppose specific candidates, it made its feelings clear in Kobach’s race, with a $400,000 TV ad buy, 150,000 mailers, 70,000 phone calls and by knocking on more than 5,000 doors. Kobach lost.

“When voters — actual people — get an opportunity to shape their election system, it’s unequivocal where they are, but when it’s politicians who are rendering judgment of the system, they are protecting the status quo and engineering outcomes to their advantage,” said Faiz Shakir, national political director of the ACLU. “The main lesson here is that we should go big and bold on voting rights.”

The group was a central player in many of the progressive ballot measures, and it projected that, taken together, they will expand voting rights to 2 million people.

Conservatives say that what Americans most want is an electorate in which everyone has been found to be eligible to vote.

Donald Bryson, chief executive of Civitas Institute, a Raleigh-based conservative policy group, said North Carolina voters backed the state’s voter ID measure because it “brings security to the electoral process.” Civitas has opposed steps like allowing voters to register on Election Day, as Maryland did. Bryson said same-day registration could “make voters nervous about the integrity of the election and that is something we should be wary of.”

Some of the highest-profile initiatives were less partisan than one might expect.

Republicans generally did not contest reinstating voting rights to Florida felons, even though demographics suggest the change is likely to favor Democrats. The Brennan Center called it “the largest expansion of voting rights” since the 26th Amendment lowered the voting age to 18 in 1971.

The biggest financial backers of the Florida effort, by far, were the ACLU and one of the so-called “dark money” groups that have proliferated on both sides of the aisle. Combined, the ACLU and the Sixteen Thirty Fund, a left-leaning group, donated more than $9 million of the $10.2 million budget of the Floridians for a Fair Democracy, the group of former felons and family members that led the effort. While Florida Gov. Rick Scott and Ron DeSantis, the Republican candidates for Senate and governor, expressed measured opposition, many Republicans supported the measure.

“A significant number of folks voted straight red and pulled for the amendment,” said Logan C. Churchwell, the communications and research director at the Public Interest Legal Foundation, a conservative group that wants states to aggressively cull their voter rolls.

“Some people interpret felon voting rights like any other question of redemption,” he added in an email. “Federalism at play here.”

The effort was also endorsed by Freedom Partners, backed by the Koch brothers, conservative stalwarts; the group said that “when individuals have served their sentences and paid their debts as ordered by a judge, they should be eligible to vote.” The ACLU and Freedom Partners even sent out a joint mailer.

“I’m not 180 degrees changing my position on the Koch brothers, but I did take note of it,” said Miles Rapoport, a senior fellow at Harvard University and a Democrat who is the former secretary of state of Connecticut. “It will transform Florida’s politics.”

Rapoport was encouraged both by the preponderance of progressive ballot measures and the shifting control in statehouses in some key states, like New York, where Democrats captured the state Senate, the only wing of the government they lacked, and North Carolina, where Republicans lost their supermajority. Unlike most states, New York does not allow early voting.

“There will be a lot of places to watch where there will be opportunities for further reform,” Rapoport said. Officials in Colorado, which created two commissions to take over the task of drawing district lines, went even further in finding bipartisan compromise.

Frank McNulty, the former Republican speaker of the state’s House of Representatives, said the political parties essentially called an armistice, setting aside their own ballot measures on redistricting.

“There was an agreement that there would be a laying down of arms,” McNulty said. “It was one of those things that we did to build trust.”

Mark Grueskin, a prominent Colorado lawyer who was the lead negotiator for the Democrats, said “each side has to have a serious motivating factor to be at the table.”

He added: “My sense is that the demographics of the voting populations in each state are going to determine how willing those states are to nurture the possibility of an open election process.”

Some did not even get to vote on ballot measures that will change their lives.

Neil Volz, the political director of the Floridians for a Fair Democracy, has a felony conviction related to the Jack Abramoff lobbying scandal.