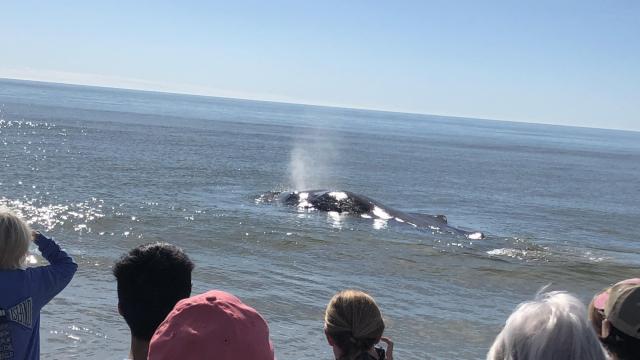 A young whale that beached itself sometime Thursday near Oak Island was euthanized Thursday night.

Officials at the scene classified the mammal as a sperm whale, which usually migrates seasonally to feed and breed. University of North Carolina at Wilmington marine biologist Bill McLellan told the StarNews newspaper that the whales usually congregate at least 100 miles off shore, and the fact that one was so close to the beach indicates the animal is likely in distress.

A video posted to Facebook showed blood in the water near the whale, suggesting that it may have been hurt.

The StarNews reported that someone called authorities about the beached whale around 9:30 a.m. Several people gathered in the area just north of the Oak Island Pier to take photos and video of the stranded animal.