New York, New York — Each day, nearly one million packages come through the JFK Mail Branch in New York City, and it's up to the United States Fish and Wildlife Service to make sure hazardous, illegal or even alive animals don't slip through.

From a black bear with a tag still on its leg shipped under the guise of a rug to a box of chocolates concealing dried seahorses, Fish and Wildlife officials have seen it all.

According to officials, a box of "jewelry" coming from Indonesia was actually full of bats and birds, a potential health risk to humans. 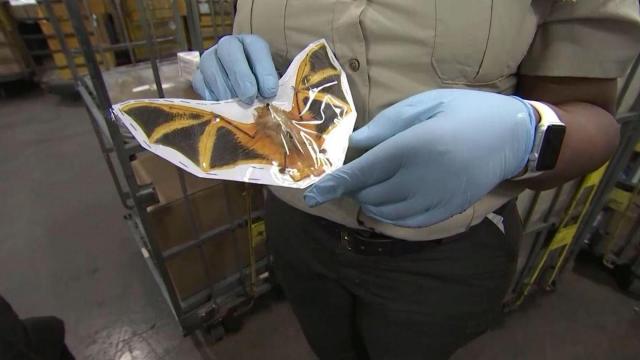 Naimah Aziz, a Supervisory Wildlife Inspector, said calls are made to the Centers for Disease Control as soon as a discovery is made.

Other alarming finds include a rescue of five live finches hidden in a purse. Tropical fish, lizards and king cobras have also been rescued. 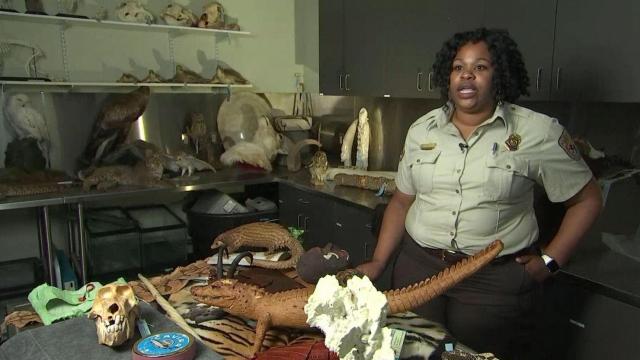 In 2017, the team inspected 28,905 shipments of wildlife and wildlife products. They have seen hundreds of different animals, including a pangolin, which is the most trafficked mammal in the world.

"There is a lawful way to import a lot of these things," said Joe Rousseau, a Fish And Wildlife Inspector. "Whether they know that's protected or not protected, that's a different story."

Officials say many people inadvertently buy illegal wildlife while on vacation or online.

Agents say some of their biggest cases were because people spoke up. If you see something suspicious or have a questions about if wildlife can be transported legally, officials sau to call the Wildlife Crime Hotline at 1-844-F-W-S-TIPS.

Last year, Fish and Wildlife investigated more than 10,000 cases resulting in several arrests with criminals facing more than 25 years behind bars and $2 million in fines.

"What we're doing is making a huge difference," said Paul Chapelle, a Resident Agent in New York. "We've put smugglers out of business."