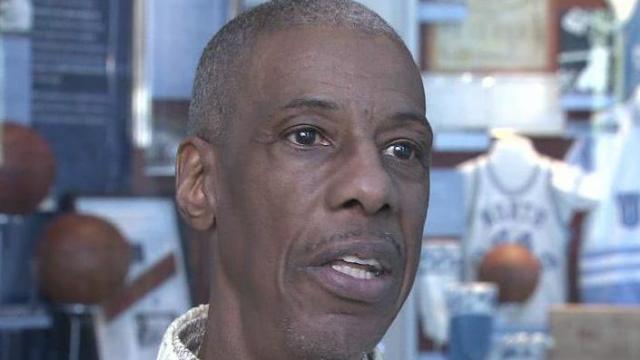 EDITOR'S NOTE: Barry Saunders has been a journalist for 38 years, much of that time as a columnist the News & Observer in Raleigh. His reporting and writing can now be found on The Saunders Report.

Usually when I interview my second-favorite Tar Heel basketball player of all time, Charles Scott, he is soft-spoken, measured and thoughtful.

He'll sometimes ask "Did you remember to turn on your tape recorder?" because I wrote once of interviewing him at Mama Dip's restaurant in Chapel Hill and being so in awe of talking to my childhood idol that I forgot to turn on the danged thing.

I'm still in awe, but I haven't repeated that mortifying experience. When I spoke with him recently, though, he was just as measured and thoughtful as ever, but the passion in his voice seemed in danger of singeing the telephone line.

"Passion" my eye: anger is what I heard in his voice. And disappointment.

The object of his ire was the Board of Governors at the University of North Carolina, his beloved alma mater, and the board's "petty" persecution of exiting Chancellor Carol Folt.

Folt ordered the removal from the campus of the base of Silent Sam, a statue commemorating the state's Confederate soldiers. Possibly in anticipation of the board's response, she promptly resigned. Her resignation was to take effect after graduation in May.

The board, in an apparent fit of pique, told her in essence that "if Silent Sam can't stay, you can't stay neither."

That's what has Scott so angry.

"She knew what it was going to cost her when she did it," Scott said, "but she felt it was such an important moral stand to take that she did it anyway. The way the board responded to her was very petty and vindictive. How is that, in any form or fashion, beneficial to the university?"

Board chairman Harry Smith denied the unseemly action was motivated by spite.

Do you reckon he'd admit it anyway?

ME? I think there is a place on the campus for the statue - although not in such a conspicuous space. Had there not been a movement to move Sam, few of the students would have ever paid that statue any attention and would have remained oblivious to that part of our history.

During the 1960s when Scott was at UNC, Crosby, Stills ,Nash & Young had a song called "Teach Your Children."

In the spirit of that song, Silent Sam and what he represents should be taught to every student who enrolls at the university.

I asked Scott, who was the first African American varsity basketball player at UNC as well as one of its greatest and a scholastic All American, if he noticed Silent Sam during his four years on campus.

"Of course I did," he said. "We knew what it represented, but at that time we were more worried about getting tangible rights for the individual than tearing down monuments."

A friend of mine told of hearing one of Folt's first public addresses on campus. He said he was impressed but fearful after hearing her.

"She said something like 'My two favorite Kings are Billie Jean and Martin Luther.' I said 'Uh-oh, I don't know how long she's going to last with that attitude.'"

"Today," Scott said hours after learning that the board gave Folt a two-week notice, "I am not proud of being a Tar Heel. The board had the right to do what it did, but it could've done it better. The board could've been as gracious as she was."

Scott is not the only prominent alumnus who feels that the board is being petty, petulant and punitive toward Folt. The News & Observer reported that a group of 10 other alumni and fundraising leaders objected to the board's action. The group, comprised of, among others, former and current trustees, said in a written statement that removing the statue's remnants "was necessary and right."

It also said the board "must leave Chancellor Folt in place through the end of the academic year."

Chancellor Folt, as Charles Scott pointed out, felt strongly enough that Sam must go that she was willing to give up a terrific job.

We'll now see if the Board of Governors feels so strongly that she must go that it's willing to risk antagonizing the people responsible for raising $4.25 billion for the school.