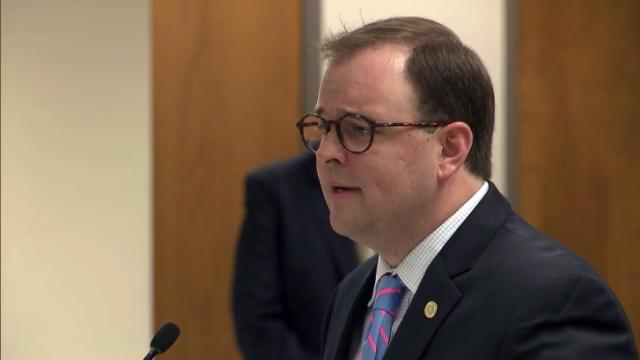 Raleigh, N.C. — The Senate Education Committee on Tuesday approved a suite of bills aimed at getting more teachers into North Carolina classrooms.

"When you're dealing with education, it can take a few years before you see the fruits of it," Barefoot said. "We're taking both a short- and a long-term approach."

On the short-term end, one bill would allow school districts to contract with community college instructors to teach a class or two until the district can hire a licensed teacher.

"We'd rather have a teacher in the classroom than a long-term substitute," Barefoot said.

A second bill would provide tuition assistance for teaching assistants in 10 districts, including Nash-Rocky Mount, Edgecombe, Halifax, Vance and Northampton, to get a degree and become licensed teachers while still working as TAs, while a third would bump top-scoring graduates of teacher education programs to higher positions on the salary schedule if they work in a low-performing district for at least four years or teach a STEM (science, technology, engineering and math) class for three years.

The longer-term approach includes a bill to establish a Future Teachers of North Carolina program, modeled after Future Farmers of America, in which the University of North Carolina system will develop high school courses to spur interest in teaching among students, and those who do well in those courses will earn college credit.

"No one really encourages anyone to go into education" as a career, Barefoot said. "We want to create a positive atmosphere."

The fifth bill calls for the UNC system to look at developing a system by which students who were pursuing a STEM-related degree could change their career path before graduating to earn teaching licensure in that field.