Barbra Streisand Can’t Get Trump Out of Her Head. So She Sang About Him. 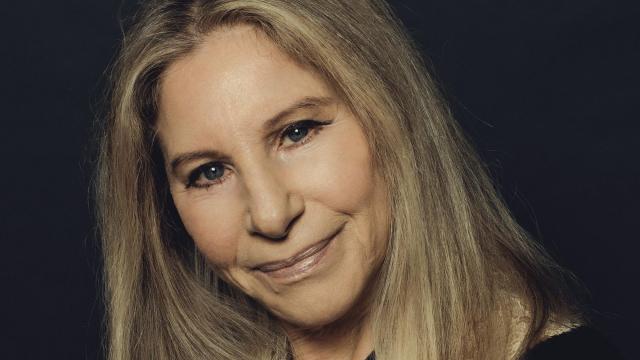 Barbra Streisand has a new album, one that is the musical embodiment of her singular dislike of President Donald Trump, and the rare instance of her political views entering her music. One track already released, “Don’t Lie to Me,” is a direct address to her fellow native New Yorker who now holds the Oval Office.

There are similar messages throughout the album, “Walls,” due Friday, which also includes a medley of John Lennon’s “Imagine” and Louis Armstrong’s “What a Wonderful World.” The title track warns that people now “build them where they shouldn’t be.”

In a phone interview from California, Streisand spoke to The New York Times about a range of topics, from her music to presidential power to the remake of “A Star Is Born” to pancakes. But her politics engulfed her. She answered questions about the #MeToo movement by discussing Hillary Clinton’s loss and her belief that Sen. Al Franken, the Minnesota Democrat, should not have quit after he was accused of groping or trying to kiss several women. A question about her last visit to Brooklyn elicited a rumination on democracy and truth. Those who recall her attacks on Sen. John McCain in 2008 — and the Arizona Republican’s butchering of “The Way We Were” on “Saturday Night Live” (“Do I know how to sing? About as well as she knows how to govern America.”) — might be amused to hear her now praising the senator, her anti-Trump compatriot.

Streisand drew a blank when asked if she could think of anything positive that Trump has done. But this outspoken Democrat risks annoying, if not alienating, some of her own fans who might agree with the president on a number of issues. If she was concerned about that, she did not express it. These are edited excerpts from the conversation.

Q: What inspired you to do this album after not being so overtly political in your art?

A: I would lie awake at night with Trump’s outrages running through my head, and I had to do another album for Columbia Records, so I thought, why not make an album about what’s on my mind? And that became the title of the first song. I am so grateful to have music in my life as a way to express myself.

Q: Do artists have an obligation to be political now?

A: My first album in 1962 or something like that, my manager was able to get me artistic control. That means no one could tell me what to sing or what to name my album or even what the cover looks like. And that’s important to me.

Truth has always worked for me, so to see the truth defiled every day is very, very painful for me. I only can do what I can do. I probably will turn a lot of people off. When I’m creating an album there has to be musicality — there has to be beauty in the music.

I don’t know what people are going to think when they hear what’s on my mind. It may bring up things that are on their mind. “Don’t Lie to Me,” if you don’t look at the video, can be a more general idea. But the music is upbeat, the music is interesting, it’s nice for me, kind of a contemporary track. And it expressed my anger, it expressed my frustration.

I can only be true to me as an artist and if people like it that’s great, and if they don’t, they don’t have to buy it or listen to it. But me in real life is more important than me as the artist. As a citizen, that’s the role.

Q: What about offending Trump fans who like your music?

A: It doesn’t matter. I remember being onstage in Washington, D.C., and asking, “I’m just curious, how many Republicans are in the audience?” because everyone knows I’m a staunch Democrat, and a lot of people raised their hands. Art or music transcends politics, I think. I hope it does. I actually said that to George Bush.

Q: Can you think of anything good Trump has done?

Q: How do you feel about how the music industry has dealt with #MeToo?

A: The music industry, I didn’t have a lot of problems there. I mean, it depends on how many records you sell, you know what I’m saying, whether you’re male or female. It matters more in directing. The idea of being in control doesn’t go over well.

I think that’s what happened with Hillary Clinton. I mean, a woman of substance, an articulate, experienced in government, dignified, who had everything I thought would make her become a wonderful president of the United States, that doesn’t seem to matter because I think powerful women, strong women are viewed with suspicion.

Q: Are you glad women are fighting back?

A: I’m glad they’re fighting back, although when it comes to somebody like Al Franken, I’m dismayed and I think he was right when he said at the beginning, I’ll resign when Trump resigns, for somebody, too, who has been accused of assaulting at least three women and he’s the president of the United States. Q: What was the evolution of this album?

A:Originally I was going to call the album “What’s on My Mind.” I try to always go back to ideas that are more universal that people can relate to.

(The songwriters) wrote the most beautiful words about what I was thinking. You know it’s interesting, I had a conversation with Bob Dole recently.

Q: Do you speak with him frequently?

A: I’ve never spoken to him before. But actually I got a call from President Clinton’s office that said Bob Dole would like to speak with you, and they said, would you speak with him? (Dole reached out via the former president’s office because of the Clintons’ relationship with Streisand.) I said, of course I’ll speak with him. Bob Dole was so lovely, he said to me that he was recuperating from a yearlong illness and he wanted to tell me how powerfully my music helped him recuperate.

And he reminded me of how when he was the leader of the Senate, he was always crossing the aisle and working with George Mitchell. McCain, I was fond of John McCain. In other words, you can agree to disagree.

(Returning to an earlier question about Trump) He’s a great marketer. You asked me what I think he’s good at? He’s good at marketing.

Q: Have you met Trump?

A: No, but when I was editing my last TV special for Netflix and we were looking at audience shots, there he was sitting next to Barbara Walters, but he never came backstage to see me or meet me. So I never met him.

Q: Does it surprise you to think that both you and he came from the same city?

A: No, because I think that’s great about New York. I mean, I didn’t know people from the Bronx. I lived in Brooklyn. Bronx people seemed different than Brooklyn people.

Q: When was the last time you were back in Brooklyn?

A: When I sang at the Barclays Center, I asked the driver to drive me around Williamsburg. I wanted to see. But he never got to Pulaski Street (a childhood home, in Bedford-Stuyvesant).

By the way, what I think he’s really doing now, is trying to reverse reality. When you say something loud enough and long enough people will believe you. Doesn’t democracy hinge on the truth?

Q: Have you seen the “A Star Is Born” remake?

A: I haven’t seen it completed. Bradley (Cooper) did show me the opening. I was surprised by how similar it was to my version. I loved how he used the drag bar. I thought that was new and interesting. What I’ve seen of the film I really liked.

Q: How are you feeling these days?

A: I want to sleep nights. If we take the House I’ll be able to sleep a little bit better.

A: Don’t know. I’ve been thinking about, do I want to move to Canada? I don’t know. I’m just so saddened by this thing happening to our country. It’s making me fat. I hear what he said now, and I have to go eat pancakes now, and pancakes are very fattening. We make them with healthy flour, though — almond flour, coconut flour.