Barbie meets My Little Pony: Why Hasbro might buy Mattel 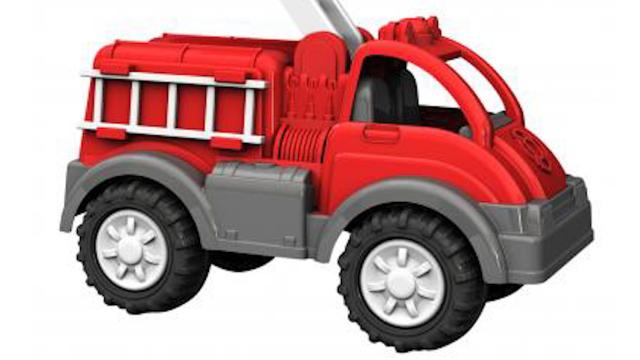 NEW YORK (CNNMoney) — Will Barbie soon have her own My Little Pony? Could there be Hot Wheels versions of Tonka trucks?

It may happen if the rumors of a mega toy merger between Mattel and Hasbro come true.

Mattel shares surged more than 20% on Monday after The Wall Street Journal suggested late Friday that Hasbro was considering a takeover offer for its struggling rival. Hasbro's stock popped nearly 6%.

Mattel's stock rose 5% more Tuesday while Hasbro was flat. Hasbro had no comment on the takeover talk. Mattel was not immediately available for comment.

A deal would unite Hasbro, the owner of Mr. Potato Head, Monopoly, Tonka, My Little Pony and most Disney toy licenses, with Mattel, the parent of Fisher-Price, Thomas and Friends, Barbie and Hot Wheels.

Why might a deal make sense? Hasbro is operating from a position of strength. Its stock is up about 25% this year. Analysts expect Hasbro's earnings will increase 12% this year and that sales will rise nearly 7%.

Simply put, Hasbro has the toys that kids want -- and it could scoop up Mattel on the cheap.

That's because Mattel, which lost the Disney license -- most notably the lucrative line of Princess dolls and "Frozen" toys -- to Hasbro in 2016, has been in a tailspin.

Profits have been falling as sales have slid. The company even suspended its dividend to shareholders last month after its latest bleak earnings report.

Mattel brought in a new CEO, former Google executive Margo Georgiadis, earlier this year to focus more on high-tech toys. But that has not stopped the bleeding. Even with the stock's recent rumor-fueled gains, Mattel shares are down 33% this year.

Another possible reason for a toy tie-up: Both companies could have a disappointing holiday season and a tough 2018 because of the bankruptcy of Toys 'R' Us. A combination could give the two companies more clout with other stores that sell their toys.

Hasbro and Mattel each warned last month that fourth-quarter results won't be as strong as previously thought because of the troubles facing Toys 'R' Us. That's also a key reason why Hasbro's stock, despite the impressive gain this year, is down 17% from its 52-week high.

Hasbro's earnings and sales growth are expected to slow next year, and Wall Street is forecasting yet another decline in revenue for Mattel in 2018. The two companies could arguably do better if they were united.

Still, it remains to be seen whether Mattel wants to be acquired -- and, if it did, whether antitrust regulators would allow such a deal.

Mattel tried to buy Hasbro once before, in 1996, but Hasbro turned the offer down, citing concerns that the companies would have to sell several brands to get government approval.

Regulators could still argue today that a Hasbro-Mattel deal could create a monopoly -- the real-life kind -- but officials might allow the merger to pass Go this time around.

That's because the entire toy industry has been struggling.

Many kids prefer to play video games on Nintendo, Microsoft and Sony consoles, or on apps. The digital world hurting old-fashioned toy makers.

The rise of Amazon and Walmart -- both of whom pride themselves on offering deep discounts -- may also be hurting traditional toy companies. Their increased clout makes it tougher for toy companies to sell their products at a premium price.

Not even the mighty Lego is immune. The maker of the plastic toy bricks posted a surprise drop in sales in September and announced layoffs, too.

Shares of smaller toy companies Jakks Pacific and Canada's Spin Master, which makes Hatchimals toys, have been hit in the past month, too, because of concerns about the Toys 'R' Us bankruptcy.

So while a Hasbro-Mattel may not have made sense 20 years ago, the timing might be right now.