The move means that, once the election is certified on Monday and Baldwin is declared the winner, she will succeed Mayor Nancy McFarlane as Raleigh's chief executive in December.

McFarlane chose not to seek a fifth two-year term. 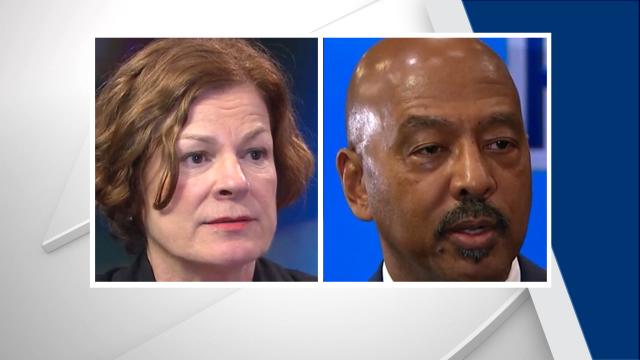 Francis said a runoff would be prohibitively expensive.

"From this campaign's inception through the evening of October 8, I fully expected to finish first. However, that didn't happen," he said in a statement. "After reviewing the results and analyzing a runoff race, I have concluded that the path to a runoff victory to reconnect with my voters and reach other voters concerned about our city would require an additional several hundred thousand dollars – more resources than available for an election just three weeks away. Therefore, though there was no clear mandate in the mayor’s race for any candidate, I will not call for a runoff."

Baldwin, who served on the City Council for a decade, leads the six-person race with about 38 percent of the vote, according to unofficial results. Francis, who took McFarlane to a runoff two years ago, has 31 percent.

"One purpose of my candidacy was to include all people in Raleigh’s growth, decision-making and prosperity," Francis said. "I am committed to continue doing the work to build a 'Raleigh for All' as a lawyer, bank director, entrepreneur and community servant. The lofty rhetoric we often hear about Raleigh does not match the reality for too many people. While I regret not winning this election, I look forward to joining with my 17,000 voters and others for the agenda that we brought forward to take root in local policy and budgets."

Baldwin said she can now shift from campaigning to setting up her agenda as mayor.

"Housing affordability is a big issue. We talked a lot about that on the campaign," she said. "Transit, dealing with our homeless population and supporting them – there's a lot to do, and it's almost overwhelming."

Her first priority, however, will be trying to bring the City Council together. The seven-person council will have at least three new faces after Councilman Dickie Thompson chose not to seek re-election and Councilwoman Stef Mendel lost on Tuesday night. Councilwoman Kay Crowder conceded her race on Friday.