Bad Landlord? These Coders Are Here to Help 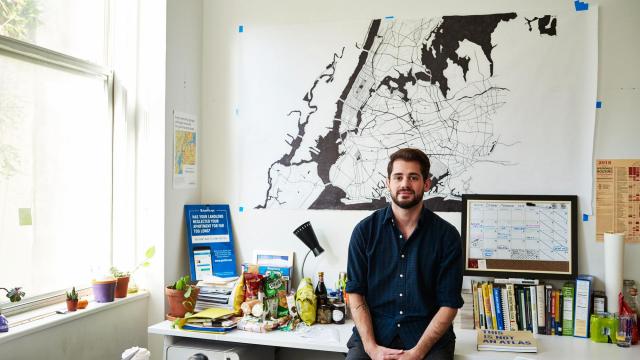 NEW YORK — When Dan Kass moved to New York City in 2013 after graduating from college in Boston, his introduction to the city was one that many New Yorkers are all too familiar with: a bad landlord.

Kass and two roommates rented a cramped basement apartment in Crown Heights in Brooklyn, which they soon found out was riddled with problems and had been rented illegally.

“It was completely without heat in the wintertime,” Kass said. “You didn’t see it when you did the initial walk-through, but there was a huge cockroach infestation behind the walls.”

That personal experience prompted Kass to join his neighborhood tenant group. He had a degree in computer science, so he used his coding skills to build software that could help tenants.

“It was essentially coffee shop work,” Kass said. “I was messing around with this stuff in my spare time.”

So were others across the city.

Kass, now 28, is part of a new crop of hackers building easy-to-use, data-driven tools to empower tenants and take on notoriously bad landlords. The goal behind this wave of what coders call “civic technology” is to create low cost solutions to some of New York City’s most pressing civic problems, like affordable housing.

Examples include an app called Heatseek, created by students at a coding academy, that allows tenants to record and report the temperature in their homes to ensure that landlords don’t skimp on the heat. There’s also the Displacement Alert Project, built by a coalition of affordable housing groups, that maps out buildings and neighborhoods at risk of displacement.

Now, many of these civic coders are trying to band together and formalize a community.

For more than a year, Kass and other housing-data wonks have met each month at a shared workspace in Brooklyn to exchange ideas about projects and talk about data sets over beer and snacks. Some come from prominent housing advocacy groups; others work unrelated day jobs. They informally call themselves the Housing Data Coalition.

“The real estate industry has many more programmers, many more developers, many more technical tools at their disposal,” said Ziggy Mintz, 30, a computer programmer who is part of the coalition. “It never quite seems fair that the tenant side of the equation doesn’t have the same tools.”

“Our collaboration is a counteracting force to that,” said Lucy Block, a research and policy associate at the Association for Neighborhood & Housing Development, the group behind the Displacement Alert Project. “We are trying to build the capacity to fight the displacement of low-income people in the city.”

This week, Kass and his team at JustFix.nyc, a nonprofit technology startup, launched a new database for tenants that was built off ideas raised during those monthly meetings.

The tool, called Who Owns What, allows tenants to punch in an address and look up other buildings associated with the landlord or management company. It might sound inconsequential, but the tool goes a long way in piercing the veil of secrecy that shrouds the portfolios of landlords.

Landlords often own numerous residential buildings, each under the guise of a limited liability company. Using separate LLCs allows landlords to protect themselves legally and maintain anonymity.

The web of shell companies with obscure names is a hurdle for tenants in different buildings — on the same block or in another borough — trying to organize against the same abusive landlord. They often don’t know who their landlord is or what other buildings he or she might own.

Who Owns What aims to change that by pulling information from disparate government databases and identifying patterns, like a shared business address among the LLCs — laborious work that would typically take hours of combing through city finance and housing records. The tool also summarizes a landlord’s history of correcting violations, deregulating apartments and evicting tenants.

“The purpose is for organizers to get to track landlords,” Kass said, “and get to identify the landlords that are speculative or predatory in their neighborhood and to be able to organize around that.”

He and two others, Ashley Treni and Georges Clement, started JustFix.nyc in 2015. Since its inception, they have built several digital services, including an app that helps tenants keep track of their dispute with a landlord and navigate housing court.

Before the official launch of the database, Kass shared the tool with a handful of housing advocates and legal services providers in May. It quickly spread: More than 4,500 unique users have conducted more than 20,000 searches on the website.

The tool has already allowed advocates to get a full grasp of a landlord’s presence in the neighborhoods they work in. It also helps organizers identify and rally tenants living in different buildings owned by the same landlord.

“We can tell them, ‘There are buildings in other places owned by the same group that have the same conditions,’” said Gregory Louis, director of housing affirmative litigation at Brooklyn Legal Services Corp. A. “Without repudiating canvassing and hustling, it allows us to provide information to folks and build up a force of tenants.”