Ford's 2019 profits wiped out by a tough fourth quarter 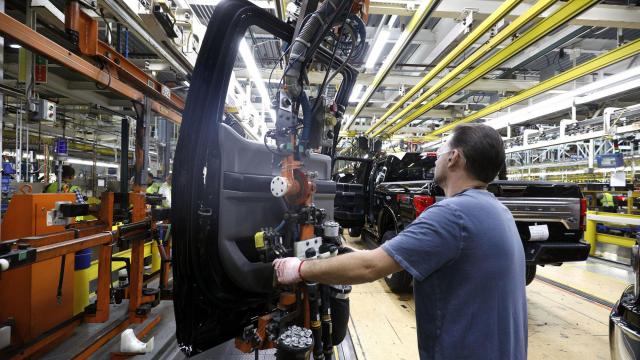 CNN — Ford disappointed investors with a fourth quarter loss that essentially wiped out its profit for 2019. Its CEO said the company needs to do better.

"Financially, the company's 2019 performance was short of our original expectations, mostly because our operational execution -- which we usually do very well -- wasn't nearly good enough," said CEO Jim Hackett in the company's fourth quarter earnings statement. "We recognize, take accountability for and have made changes because of this."

The turnaround won't be immediate. The company said its earnings before interest and taxes for the first months of this year will be lower by about $1.1 billion compared to the same period in 2019.

The drop is because of the continuation of higher warranty costs during the second half of 2019, lower vehicle sales volumes, reduced results from Ford Credit, and higher investment in the development of the next generation of self-driving and electric vehicles.

Shares of Ford tumbled 7% in after-hours trading on the results.

The company reported a $1.7 billion loss in the quarter, mostly because of a previously-disclosed $2.2 billion charge related to accounting for pension and other benefits for retirees. But the operating income in autos was also sharply lower, and worse than expected.

Ford is in the midst of an $11 billion restructuring, as it reshapes its portfolio of vehicles and rids itself of some less-profitable units, primarily overseas. Hackett said that he is pleased with the progress that Ford is making on the restructuring, even if the company's 2019 results ended up short of expectations.

"We made great strategic progress this past year with a fundamental redesign of Ford that is setting us up to compete and win in this emerging era of smart vehicles" said Hackett.

The company said it is too soon to say what the impact of the coronavirus will be on its operations in China.