Back to school: Mom, daughter support each other through tech school 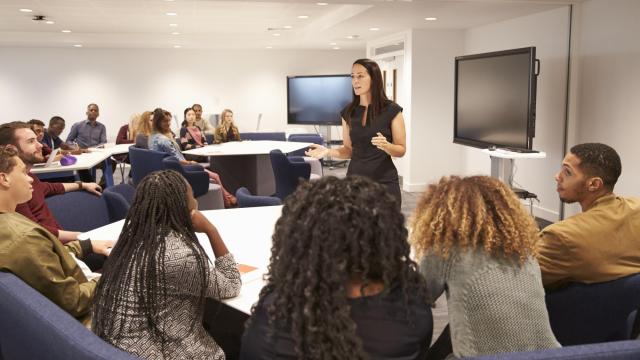 When Mary Williams's daughter brought her an advertisement for a computer school, she was skeptical.

"I told her it didn't sound like a real school," Mary said. Still, Mary figured they had nothing to lose to check out the nearby Charlotte campus.

Her daughter, Amanda Williams, did the online evaluation and made an appointment. Mary drove Amanda to the appointment and liked what she saw so much that she enrolled along with her.

From then on, mother and daughter attended every class together. Mary, 47, and in a wheelchair since 2012, and Amanda, 22, became a regular sight on campus.

Mary became the "mouth of the class," she said. She spoke up often and asked questions for others when she saw they were too shy to speak up.

"I enjoyed it," she said. "They were hard, truly hard courses. But once I got my momentum, I kept my grades up. I was not going to miss a day."

Mary graduated in October with 10 certifications.

"It was the hardest thing I've ever done," she said. "I'm pretty proud of myself."

Mary and Amanda supported each other through the process. When the going got tough for one, the other was there to lift her spirits. And when either was discouraged, Mary was quick to put a stop to it.

"Quitting was not an option," Mary said. "I said, 'We will get through this together.' "

The first time Mary took a certification exam she failed. It was her lowest point, but with support from her instructors and Amanda, she ultimately succeeded.

“She kept telling me, ‘You got this, you’ve been studying like crazy.’ I’ve had no more meltdowns since then,” Mary recalled.

Mary has always enjoyed computers, but other IT schools didn’t work for her and didn’t offer what she found at MyComputerCareer.

"I can't tell you enough how much I love that school," she said. None of the other schools had the family environment she found there.

Every campus has a bell that is rung by the person who has just passed a certification exam. Whenever the bell rung, Mary said she made a point of pausing in her studying to go and congratulate the person.

Mary keeps in touch with her former classmates, and they're looking out for each other in the job search as well.

Mary’s advice to anyone considering an IT career is not to pursue it just for the potential income.

"Make sure it's something you really want to do," Mary said. "You have to have some like of computers -- not love -- some like and understanding. You're someone who likes to fiddle with computers until you get it working. If you can't get the screen to work on your iPhone, then no, forget it, you'll be lost."

Mary plans to start working toward her bachelor's degree in information technology in 2018.