By Kathy Hanrahan, Out and About editor, and Sarah Krueger, WRAL reporter

Durham, N.C. — The Bull City is getting an ax throwing bar.

Urban Axes will open at 619 Foster St. in Durham on Oct. 12. The company launched its first location in Philadelphia in 2016. A second location in Austin opened last year with another now open in Baltimore. Boston and Cincinnati locations are also underway.

"It's so different than your day-to-day life, especially in an urban environment. Most people haven’t thrown an ax before," co-owner Krista Paton said Thursday. "People come in here and it’s kind of an even playing field. No one really knows how to do it, so we get to teach everyone, and the other thing about it is it’s super accessible and anyone can be good at it." 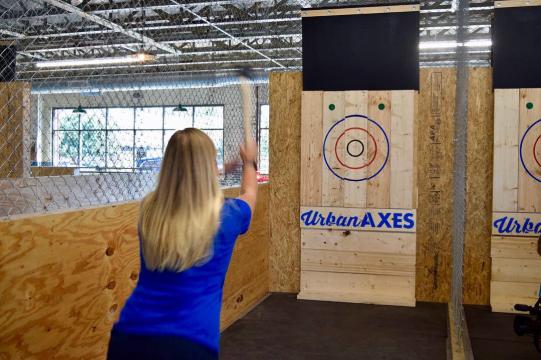 "Our main activity that we offer is a group activity, so anywhere from six people to 150 people can come. We give you an ax-throwing coach that will stay with you for the whole event. We teach you how to throw safely and comfortably one-on-one, first. And then we go into a round robin tournament where everyone is going to play a couple matches against their friends and earn points. We use those points to seed you for a tournament at the end for a single elimination tournament to crown an ax-throwing champion," Paton said.

The Durham location will have local craft beer, wine and cider available for purchase. No food will be served, but guests can bring their own food in or have it delivered. 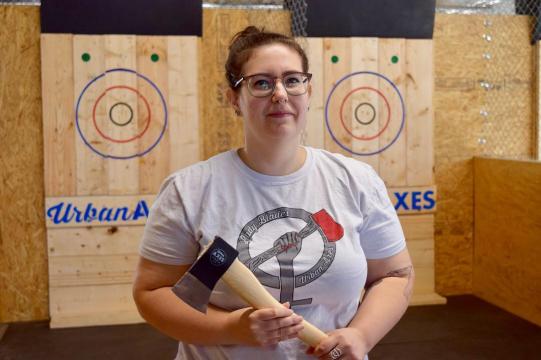 While the mixture of beer and sharp objects might sound like a recipe for disaster, Paton said the environment is actually very controlled.

"No one is going to be throwing intoxicated. We won’t allow that to happen. It’s a two and a half hour activity and you’re busy throughout the activity," she said.

The Durham location is a 12,000 square-foot facility with six arenas large enough to hold about 200 throwers. Guests pay $35 per person for a two-and-a-half hour session. 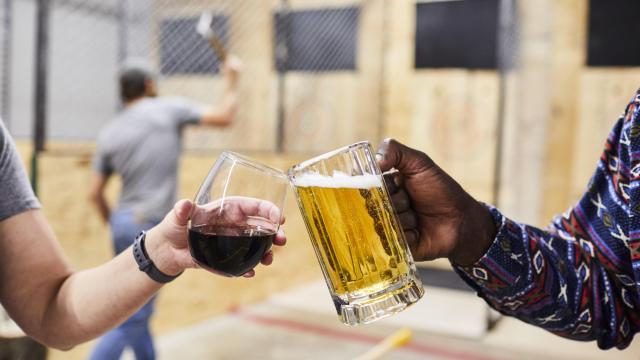