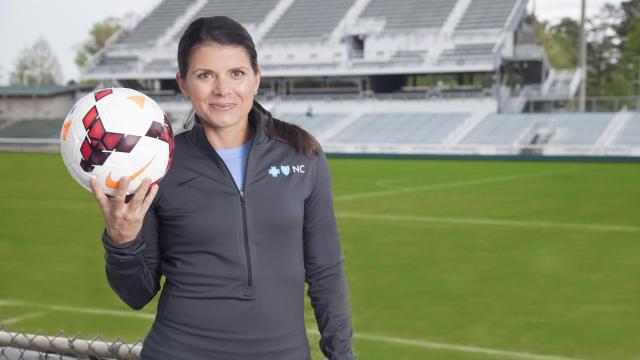 When kids try a variety of sports, they gain concrete life lessons and get to discover themselves.

Leaders in the youth sports community are expressing concern that too many children are being steered by their parents towards specializing in a single sport at a very young age. Considering that evidence shows choosing to play a single sport early doesn't improve a child's odds of having an elite career -- and that it may, in fact, do harm to athletic and non-athletic opportunities -- parents may want to consider allowing their children to participate in a wide variety of athletic activities.

Hamm was part of four NCAA-champion soccer teams at the University of North Carolina at Chapel Hill, and her success in World Cup and Olympic play is unmatched. To what does she credit her success as America's most decorated soccer player? Well, if you ask her, she's sure that she benefited from playing basketball and softball when she was young.

"Skills I learned from the other sports helped me be a better soccer player," she said. "Basketball improved my balance. Playing softball, I learned to track a ball in flight."

Hamm also believes there are social benefits that come into play by not specializing, saying, "When kids switch sports with the seasons, they meet new people and learn from fitting into a new group."

Dr. Gregory A. Dale, director of the Sport Psychology and Leadership Programs for Duke University Athletics, agrees that specializing too early is the wrong approach.

"Parents and young athletes must stop buying into the concept that early specialization is the key to later success -- it simply isn't true," Dale said.

When it comes to the risks of early specialization, Dale pulls no punches, saying, "The epidemic of over-use injuries and early burnout will only continue to occur at an alarming rate. We can only hope our children will see the error of our ways and reverse this mindset when they become parents."

Another expert in the field, U.S. Youth Soccer Director of Coaching Sam Snow points out that by coaches at the college level.

"If you talk to college coaches today ... whether it's a soccer coach, football coach, basketball coach, they'll all say, 'We want multiple-sport athletes because those are the ones who perform best at the intercollegiate level.' "

A recent report from The Aspen Institute's Project Play supports Snow's claim. It shows that seven out of 10 Olympic athletes surveyed by the U.S. Olympic Committee said they grew up as multi-sport athletes, and most called it "valuable."

Hamm won two Olympic gold medals, and she agrees. "Through different sports, kids learn life lessons and get to explore themselves."

This story was written for our sponsor, Blue Cross Blue Shield of North Carolina.