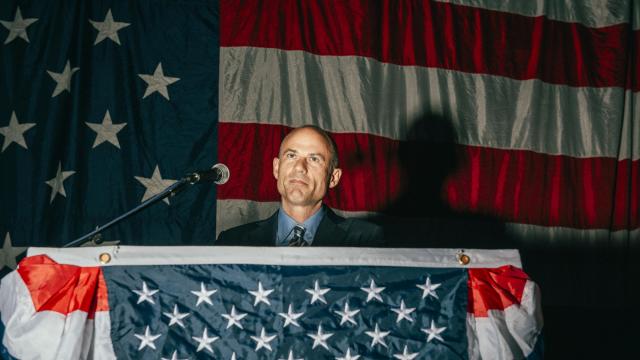 Michael Avenatti, the fiery lawyer who gained prominence representing an adult film actress at the center of a White House hush payment scandal, and who argued strenuously for taking a combative, toe-to-toe approach to President Donald Trump, said on Tuesday that he would not seek the White House.

Avenatti, 47, has been a persistent critic of Trump and has represented actress Stormy Daniels, who said she had an affair with the president, in lawsuits against Trump and his former personal lawyer, Michael Cohen.

As he earned a following battering the president over his relationship with Daniels, Avenatti said over the summer that was considering a presidential run. And while he was considered a fringe contender, his pugnacious style and cable-news ubiquity as a Trump tormentor won him a passionate fan base in some corners of the Democratic Party. He galvanized liberals who feared that more establishment Democrats were ill-equipped to respond in kind to a flamethrower like Trump.

As he traveled the country testing the presidential waters, Avenatti called into question the wisdom of a once-guiding axiom of Democratic politics: Michelle Obama’s “when they go low, we go high.”

“When they go low, we hit harder,” he thundered at a labor banquet in eastern Ohio this fall.

Avenatti reiterated that philosophy in his statement Tuesday. “I remain concerned that the Democratic Party will move toward nominating an individual who might make an exceptional president but has no chance of actually beating Donald Trump,” he said. “We will not prevail in 2020 without a fighter.”

Avenatti has filed three lawsuits on behalf of Daniels: one seeking to void a nondisclosure agreement Daniels signed in 2016, in which Daniels agreed not to discuss an affair that she said she had with Trump; one charging that a previous lawyer for Daniels conspired with Trump and Cohen to keep her quiet; and one accusing the president of defaming Daniels on Twitter. A federal judge dismissed the defamation lawsuit in October and ordered Daniels to pay the president’s legal fees. The other two lawsuits are still pending.

Just three weeks ago, Avenatti — who had positioned himself as a champion of women’s rights and frequently brought up the multiple sexual misconduct allegations against Trump — was arrested in Los Angeles and accused of domestic violence. A woman identified as his girlfriend said in court documents that he had dragged her across the floor and that he had “a history of being very verbally abusive and financially controlling towards me.”

Avenatti denied the claims and suggested they had been fabricated to hurt him politically.

Los Angeles prosecutors did not file felony charges, but the city attorney’s office could charge Avenatti with a misdemeanor.

Politically, Avenatti has been a highly polarizing figure even among Democrats, many of whom felt his aggressive tactics were counterproductive. During the confirmation hearings for Justice Brett Kavanaugh, for instance, Republicans seized on explosive allegations of gang rapes made by one of Avenatti’s clients and used them to try to discredit other reports of sexual assault by Kavanaugh and to portray the entire body of accusations as manufactured by Democrats.

Avenatti was also criticized for telling Time magazine in October that the Democratic nominee in 2020 had “better be a white male.” He wished it weren’t so, he said, but only a white man would be taken seriously enough to win.

His unfiltered manner and lack of political experience would likely have made him an outlier in a Democratic field that is expected to feature perhaps two dozen or more candidates.

In his statement Tuesday, Avenatti said he was forgoing a run for president because of family considerations. “I do not make this decision lightly — I make it out of respect for my family,” he wrote in a statement on Twitter. “But for their concerns, I would run.”