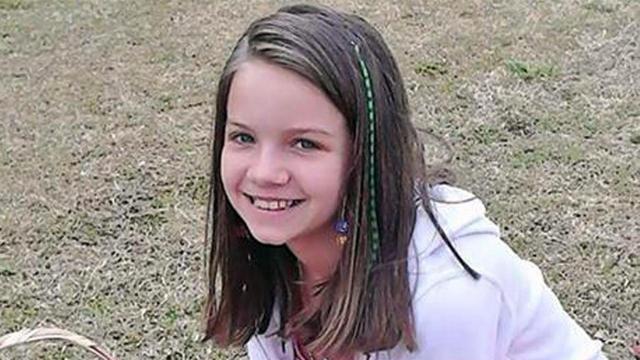 Raleigh, N.C. — An 11-year-old girl who was found dead in her Sampson County home in September was sexually assaulted and then suffocated, according to an autopsy report released Tuesday.

McKenzie Mae Sessoms' father found her unresponsive when he tried to wake her for school on Sept. 6, a family member told WRAL News.

The autopsy report notes that she was found on a living room couch covered by a quilt, with her body wedged against a pillow. Her pants were rolled inward, and her bra was askew, the report states.

The fifth-grader at Salemburg Elementary School lived on Hairr Lane in Salemburg with her father and two adult brothers.

Her brothers had a "rowdy gathering" with friends the previous night, and her oldest brother went to bed around midnight, according to the autopsy report.

The report lists the cause of death as homicidal asphyxia.

The Sampson County Sheriff’s Office has been investigating the case as a homicide since shortly after her death. Authorities said Tuesday that they have no suspects in the case.