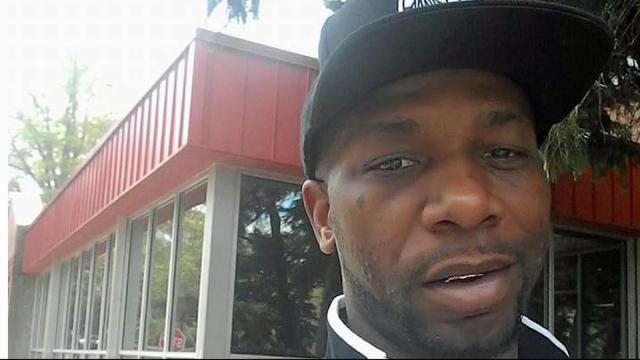 Durham, N.C. — A man fatally wounded by Durham police during a struggle two days before Thanksgiving died of a gunshot wound to the head, according to an autopsy report released Wednesday.

Master Officer C.S. Barkley, Officer M.D. Southerland and Officer C.Q. Goss were patrolling the area of Wabash and Dayton streets on Nov. 22 and struggled with Clark, who they said reached for his waistband as they spoke with him near a building in the McDougald Terrace housing complex, according to a preliminary investigation by Durham police.

During the struggle, the officers heard a shot, Southerland fell to the ground, and Barkley fired his duty weapon in response, the report said.

Clark, 34, was pronounced dead at the scene. Southerland was taken to the hospital by ambulance for treatment of his injured leg.

The autopsy report states that Clark was shot above the left ear and in the right thigh.

Witnesses have disputed the police account that Clark was armed and posed a threat to the officers, but a loaded handgun was found on the ground next to him, according to the police report.

The three officers have been placed on administrative duty, pending the outcome of investigations by the State Bureau of Investigation and the Durham Police Department’s Professional Standards Division.

"The Medical Examiner’s report is just one of several elements of the comprehensive investigation being conducted by the SBI. In light of the fact that the SBI has not concluded their investigation, it would be premature for the Durham Police Department to provide any further comments about these findings at this time," authorities said in a statement.

City Manager Tom Bonfield said the findings of both the SBI and the internal investigations should be publicly disclosed when each is completed, but he said he doesn't want to release any more personnel information about the three officers for now.

"It is important that the investigation continues to be conducted in a fair and impartial way for the benefit of the public as well as the police personnel involved," Bonfield said in a statement. "I will continue to review information as it becomes available, monitor the progress of the investigation and, if at any point, I determine that the release of personnel records is essential in maintaining public confidence in the administration of city services, I will not hesitate to request that the City Council make such authorization."