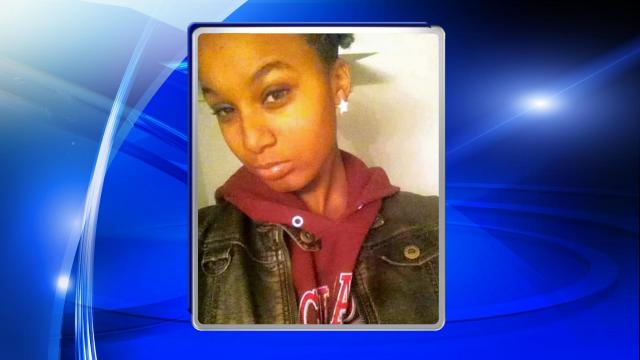 Durham, N.C. — A 17-year-old Jordan High School student was stabbed at least 14 times and left to die behind a vacant Durham house last spring, according to an autopsy report released Wednesday.

Tierra Marcheal Hall was stabbed repeatedly in the head, neck, shoulder and arm. The attack was so ferocious that the medical examiner found the tip of the knife blade broken off in the muscles of the girl's left cheek.

Hall's former boyfriend, Kelton Breshon Fox, 17, has been charged with first-degree murder in her March 27 slaying.

Her body was found behind a home on Trotter Ridge Road that police say was once owned or rented by Fox’s mother. Investigators also found a nickname used by Fox scrawled on a door on the home.

Security video from Jordan High showed Hall and Fox leaving the school the afternoon of her death, and Fox is later seen returning to school alone with his hands pulled into his sleeves. He went immediately to the bathroom and never returned to class, investigators said.

School records show Fox called his mother from the school office that day and left early.