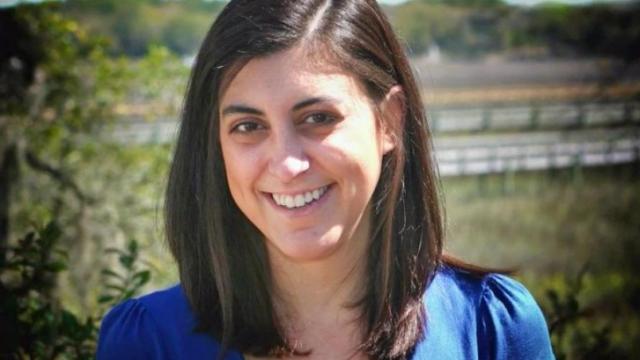 RALEIGH, N.C. — A Democratic strategist who died two days after being attacked in her north Raleigh home was stabbed in her back, chest, abdomen and cheek, according to a recently released autopsy report from the state Office of the Chief Medical Examiner.

Jamie Kirk Hahn, who raised money for several prominent North Carolina politicians and high-profile political initiatives, also had at least 20 other cuts to her body that the state medical examiner classified as incised wounds.

The 29-year-old was stabbed April 22 while she was reportedly either getting ready for dinner or having dinner with her husband and their longtime friend, Jonathan Wayne Broyhill.

Nation Hahn was in another room when he heard screaming, and he walked in on Broyhill stabbing his wife, according to sources. She was able to escape but collapsed in a neighbor's yard.

Broyhill, according to search warrants, told police he brought the weapon to the Hahns' home.

Police haven't commented on a motive for the attacks, but investigators wrote in a search warrant affidavit that they needed to look at Broyhill's financial records due to embezzlement allegations against him.

Miller said in April after the crime that questions had surfaced about nearly $60,000 in missing campaign funds and that Jamie Hahn had planned to confront Broyhill about the missing money.