Authors in our backyard - Hillsborough home to several notable writers 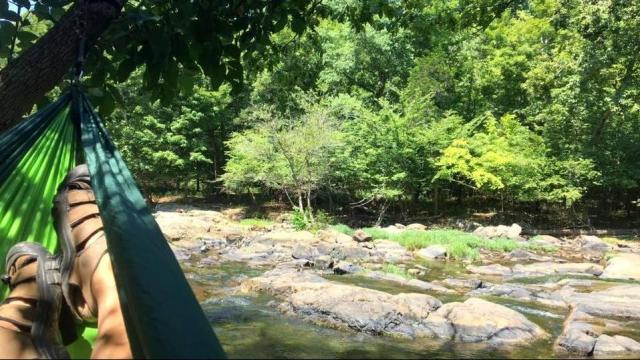 Writing can be done anywhere, but most authors will tell you that without the right environment, it's almost impossible to find the correct words to put on the page. Luckily, that doesn't seem to be a problem in Hillsborough.

From painters to musicians to authors, the town is full of creatives, each spreading the word to their friends and colleagues far and wide, transforming Hillsborough into an epicenter of arts and culture.

"Hillsborough has always attracted writers and artists, oddballs and intellectuals, and storytellers of all kinds," said Lee Smith, a "New York Times" best-selling author and long-time Hillsborough resident. "It's just a wonderful atmosphere, and there's always somebody you can talk to. It is a bit like an ecosystem in that way, and it does breed itself. Somebody will come to visit a writer who lives in Hillsborough, then they'll like it so much that they show up with a moving van the next week."

Smith, who has called Hillsborough home for more than 20 years, speaks from a place of personal experience. After helping a friend relocate to Hillsborough decades ago, Smith and her husband fell in love with the town, packed up their belongings, and followed their friend's lead.

While Smith had authored a number of short stories and novels before making the move, she's found new inspiration since calling Hillsborough home. To date, she has published fifteen novels and four short story collections, garnering eight major awards in the process. Several of Smith's books have drawn from experiences she's had since moving to town, including a memoir, a novel and a short story — the latter of which were both spurred from the comfort of her own home.

"We hadn't even unpacked the boxes in our new house when there was a knock on the door and this old man was standing there leaning on his cane. He said, 'Well honey, let me in.' I let him in. Then he said, 'I'm here to tell you a story about your house.' Those are the words that every novelist dreams of hearing," Smith said. "I wrote 'On Agate Hill' based off of that story he told me — a dark love story set in the Civil War that took place between someone in my house and the house right across the street."

Similar to Smith's home, there are plenty of other buildings around Hillsborough with rich histories. In fact, Smith's house often gets confused for the Burwell School — a museum and former home of the enslaved Elizabeth Hobbs Keckly — due to their similar architecture. Smith has gone so far as to put up a sign in front of her home offering directions to the Burwell School, while also making note that her home is, in fact, not the building people are often looking for.

Before the sign was in place, however, Smith's home saw a number of unexpected visitors, some of whom served as inspiration for many of her short stories.

"It was around the time they were having the Christmas tour of homes in town, and we were not on it. I was upstairs working, and my husband was off somewhere. All of a sudden, I heard these women's voices. I went to the top of the stairs, and it was a whole crowd of Red Hat ladies who had gotten on a bus and came for the Christmas tour and they were all over my house. They looked up and said, 'Well what time is it going to start?'" Smith recalled. "They just wouldn't leave, so finally I went down and walked around with them and told them some stories. It's funny, but things like that happen all the time."

That's one of Smith's favorite aspects of life in Hillsborough, you never know who you'll run into. In fact, since many other authors call Hillsborough home, Smith is likely to run into other creatives while out shopping for groceries, grabbing a cup of coffee, or traversing along the Riverwalk.

Having these other writers around for feedback and socialization has been invaluable in the writing process, and Smith can rattle off the names of dozens of local writers that she's built up relationships with. A few of these acquaintances include Michael Malone, an author and television writer; Stephen Demorest, an Emmy award-winning soap opera writer; and Frances Mayes, a well-known poet and essayist; among others.

"Somebody said now, in Hillsborough, if you throw a rock, you'll hit a writer," Smith said. "It's true, I guess, but there's no rivalry. It's just a chosen love for books and literature, and for learning and encouragement, so it's a very nice place to be."

"Plus, writing is a two-way street. A writer needs a reader," she continued. "It helps so much to have somebody read what you've written, then give you feedback, and you can see if they understood what you intended. Writing is isolating. I mean, it's just you and your room. You get to a point where you feel like you're just crazy spending your whole life doing this, and meanwhile you're never cleaning your house or doing anything else you're supposed to be doing. It's so helpful to have a reader at that point to give you any feedback — it validates you."

While Smith has long been a part of Hillsborough's artistic community, she's also eager to see new faces around town, reinvigorating the historic corners she frequents and embodying the intersection of past and present that makes Hillsborough one-of-a-kind.

"We have a whole lot of wonderful young go-getter types, and people who are changing our town and doing all sorts of wonderful things in West Hillsborough," Smith said. "It's a very dynamic town with a whole lot of young people and young writers too. It's always been a bit of a hideaway, always had a quiet air about it that attracted writers, artists and dreamers of all sorts. There's just something in the air."