Durham, N.C. — Law enforcement agencies across the Triangle had been alerted that an Orange County man was planning to harm himself when Durham police confronted the man in a shopping center parking lot Wednesday night, authorities said Thursday.

Shaun Jeffery Christy, 37, of Carrboro, was killed when he pointed a gun at Durham police at the New Hope Commons shopping center and the officers opened fire on him, police said.

Cpl. B.M. Glover and Officer G.F. Paschall have been put on administrative leave pending a State Bureau of Investigation review of the shooting, which is standard procedure in an officer-involved shooting. Glover has been with the Durham Police Department for 12 years, while Paschall joined the department three years ago.

Orange County Sheriff Charles Blackwood said a Chapel Hill nonprofit notified the sheriff's office Wednesday that Christy had called the center to say he was going to harm himself. Deputies spoke with Christy several times by phone during the day to to calm him down but were unsuccessful, Blackwood said.

The sheriff's office obtained an involuntary psychiatric commitment order for Christy based on his comments to deputies, Blackwood said.

"We take a great deal of concern with mental health issues and how our officers deal with those," he said. "We have specialized training that they go through with the crisis intervention techniques. Our guys really do a good job of trying to manage those mental health issues when they present themselves."

Blackwood said deputies were familiar with Christy because they had responded to previous situations involving him and his wife. A domestic violence protective order was issued Wednesday because Christy had made threats against his wife, but it was never served, the sheriff said. 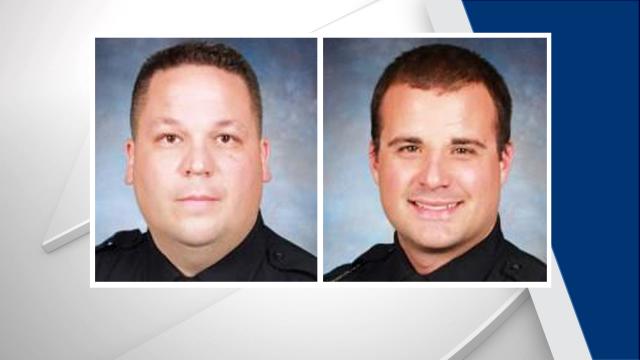 All law enforcement agencies in a 50-mile radius were alerted about Christy. Durham officers then responded to a call at about 8:15 p.m. that an armed man in a red pickup was driving around the New Hope Commons center.

“It appears that this individual had made a concerted effort to let everyone know that he was going to harm himself," Blackwood said. "It’s sad the way it ended."

More than 40 percent of Durham patrol officers, including Glover, have received advanced crisis intervention training, which is double the national standard, police department spokeswoman Kammie Michael said in an email. The intensive 40-hour curriculum includes recognition of mental health signs and symptoms, de-escalation skills and how to work with special populations, such as the homeless, substance abusers, veterans and individuals with developmental disabilities.

The training is on top of the eight hours of intensive mental health first aid training provided to all officers, Michael said. All recruits at Basic Law Enforcement Training academies also receive 24 hours of mental health and crisis intervention training.

Since the implementation of crisis intervention training in 2007, 800 people with the Durham Police Department have been trained.