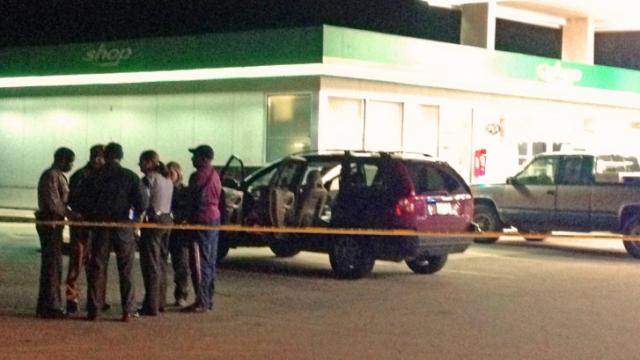 Henderson, N.C. — A 28-year-old Henderson woman died late Thursday after being shot inside a Vance County BP station by a man who subsequently turned the gun on himself, authorities said.

According to authorities, Brooke Patrice Lewis entered the store, which is about a mile south of Henderson on N.C. Highway 39 South, at about 8 p.m. seeking refuge from Shawn O'Brian Henry, 31.

Henry, also of Henderson, followed Lewis inside and shot her before shooting himself, investigators said.

The manager of the South Vance Food Mart told WRAL News that the pair had been arguing outside the store prior to the shooting. Following the shooting, a crowd gathered at the store.

Some were crying, some were screaming and some circled to pray outside the store.

Authorities did not release more details about the incident.