Authorities: Shooting may be linked to double homicide near Knightdale 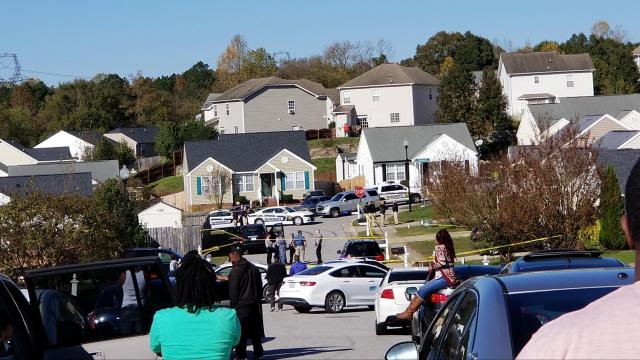 Knightdale, N.C. — A Wednesday night shooting in a neighborhood near Knightdale could be connected to a double homicide nearby earlier this week, authorities said Thursday.

Wake County deputies responded to reports of multiple gunshots heard in the Rutledge Landing neighborhood, off Poole Road, shortly before 10 p.m. They confirmed that a home in the 1200 block of Sweetgrass Street had been struck by gunfire and that no one was injured in the shooting.

Witnesses told deputies that they believe the gunman may have fled from the scene in an SUV.

On Tuesday, deputies found two people who had been shot and killed inside a vehicle in the 1200 block of Topping Lane, which is a block away from where Wednesday night's shooting. They did not release the identities of the people, but said the shooting happened overnight.

The bodies were found after children playing in the neighborhood noticed that two men inside a black SUV were not moving.

A sheriff's office spokesman said the two people in the car had been at a recording studio with a third person and were known to have dropped someone off in the neighborhood where their bodies were found.

Anyone with information in either case is asked to call the Wake County Sheriff's Office at 919-856-6911.