Fayetteville, N.C. — A 19-year-old student at Pine Forest High School had an assault weapon in his car at school on Tuesday, Cumberland County authorities said.

Evans was charged with possession of a weapon on education property and was released on a $2,000 unsecured bond.

Before his initial court hearing on the charge Thursday, Evans said he didn't mean to have the gun, which was loaded, on school grounds. 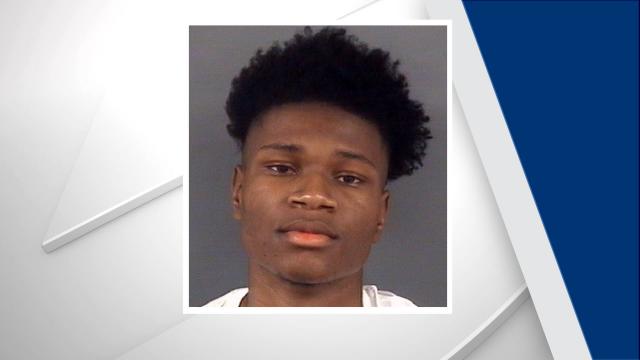 Between school and working two jobs, he said, he simply forgot the gun was in the trunk.

Evans' mother, Shae Wolverton, accompanied him to court. She said she understands the seriousness of the charge but said her son is a good young man.

"He's a good kid. He works two jobs," Wolverton said. "I'm a single parent, but I just didn't realize that any of this could ever happen."

Evans was given a court-appointed attorney. If convicted, he could spend up to two years behind bars.

Later this week, Cumberland County Schools will decide if he will be expelled for the rest of the school year.