Raleigh, N.C. — Two women went on a shopping spree last month in Wake County, using another woman's personal information to obtain store credit cards and racked up more than $10,000 in purchases, according to arrest warrants. 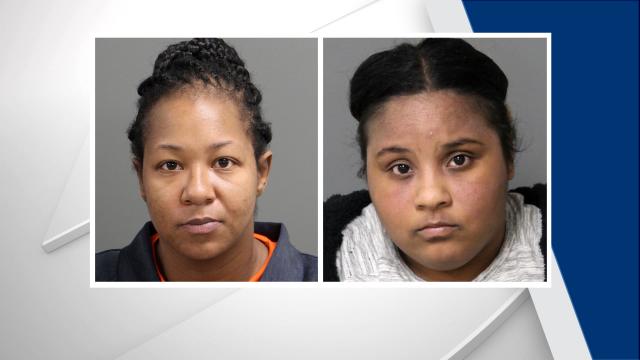 Between Jan. 10 and Jan. 14, Boone and DeSilva used the Social Security number, birth date and other identifying information of another woman to sign up for credit cards at Home Goods in Brier Creek, The Children's Place in Holly Springs, Old Navy and Gap at Crabtree Valley Mall, Target in Wake Forest and Dick's Sporting Goods in Holly Springs and Raleigh, according to arrest warrants. They then bought a total of $10,173 in merchandise from the stores, the warrants state.

The women also signed up for a wireless account at a T-Mobile store during that period, according to a warrant.

Amanda White, the Wake County woman whose identity was used in the crimes, said investigators believe the suspects got her personal information from her mail, not online or through a stolen card.

"They are pretty certain they went through my mail and found something," White said Friday.

She was first tipped off to a problem when T-Mobile called her asking about an account being set up in her name. But the problem escalated quickly from there.

"From the T-Mobile account and the Target thing, we immediately froze my credit, froze everything," she said. "Even so, she had already created all those accounts before we had even frozen the credit."

Joel Goodwin, a fraud investigator with the Wake County Sheriff's Office, said criminals will use a variety of means to steal people's identities.

"It does happen quite often," Goodwin said. "There are three of us in our fraud unit, [and] we are probably averaging 15 to 20 cases a week."

Wake County deputies used store security video to track Boone and DeSilva down at Raleigh-Durham International Airport, where authorities said they found the women in a car with stolen items.

RDU police also charged the women with obtaining property by false pretense and credit card fraud, alleging that they tried to rent a car and purchase merchandise at the airport with a fraudulent credit card.

In addition to freezing her credit, White said her family is installing surveillance cameras pointed at their mailbox.

"I am now vigilant about who is around me and who I am paying," she said. "It definitely opened my eyes to the little things that I probably got busy with and did not pay as much attention to."