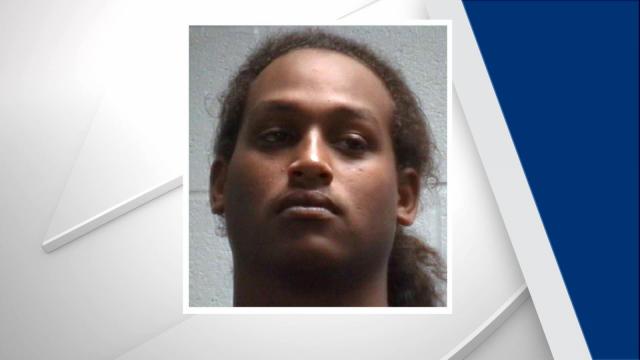 PROVIDENCE, R.I. — Authorities in Rhode Island on Wednesday arrested a fugitive wanted in connection with the fatal shooting of a police officer in Shelby, according to reports.

NBC affiliate WCNC reported Wednesday morning that Irving Fenner Jr. was arrested around 2:30 a.m. and was taken to a nearby hospital. Fenner is accused of shooting 38-year-old Officer Tim Brackeen of the Shelby Police Department in the western North Carolina city on Saturday.

Maj. Joseph Philbin says the suspect was not at the home. His half-sister was reportedly taken into custody.

Brackeen, who was found shot in the chest, died on Monday.

It's unclear how authorities came to believe Fenner is currently in Rhode Island.

Police in North Carolina made two other arrests in connection with Brackeen's shooting death: Deitria Morris was arrested as an accessory after the fact and Ashley Michelle Hamrick faces charges of felony harboring an escapee.