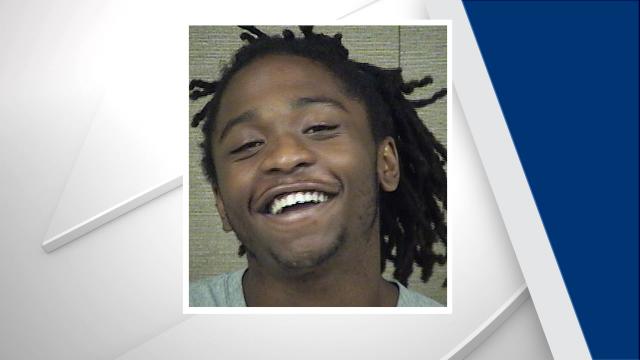 Lillington, N.C. — Harnett County authorities have identified a man who opened fire on a passing car after a crash near Campbell University last month.

Warrants have been obtained charging Jacob Lesane, 22, of Angier, with going armed to the terror of the public and possession of a firearm by a felon. Lesane wasn't in custody Monday.

A Jeep Patriot crashed near the intersection of Main Street and Winston Drive in Buies Creek on Jan. 24, and Lesane, a passenger in the vehicle, got out with a shotgun in his hand, authorities said.

He fired shots in the direction of a passing Cadillac before fleeing on foot, authorities said. No injuries were reported, and the Cadillac did not stop.

The Harnett County Sheriff's Office said the two drivers might have had some sort of confrontation before the crash.

Deputies said a shotgun was found in a wooded area about 100 yards from the crash site.

The man ran right past Campbell University off-campus housing and past Eloise Joubert's house. She said she ran to close her blinds when she heard the crash and gunshots.

"I saw somebody run right by our window on the side and so I ran to the back door to make sure it was locked because that wasn't a very comfortable feeling, and then shortly after a lot of police arrived," she said.

The Cadillac has been described as gold-colored and having tinted windows. Each vehicle was occupied by three men, authorities said.

Anyone who observed the accident or the events immediately following it is asked to call the Harnett County Sheriff's Office at 910-893-9111.