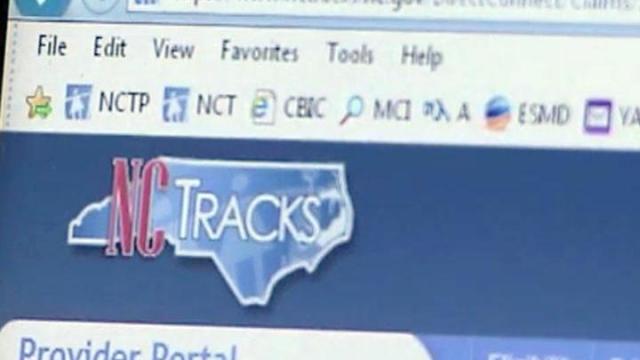 Raleigh, N.C. — State health officials say they're confident their year-old Medicaid payment system will earn a money-saving seal of approval from the federal government, despite a new audit criticizing the agency's progress toward that goal.

Federal certification for the system, known as NCTracks, could save the state $9.6 million a year as the federal government picks up a greater share of the program's operating costs. The audit released Thursday found that the state Department of Health and Human Services did not meet its target of July 1 for certification, pushing the start of the process back to October.

Launched July 1, 2013, NCTracks was designed to streamline the process of reimbursing medical providers for services to patients with Medicaid, the insurance program for the poor and disabled. It faced a rocky start, with some providers eventually suing the state over problems getting paid.

But in January, as the system improved, DHHS officials said in a preliminary report to lawmakers that they planned to earn federal certification for the program by July 1, 2014. North Carolina and the federal government currently split the operational costs of NCTracks 50-50, but certification would bump the federal contribution up to 75 percent.

"Other states rarely, if ever, receive certification in 12 months," Cooper said.

Three months after the DHHS report, Cooper told lawmakers in an April oversight meeting that the agency's new milestone was October 2014.

But one of the audit's main criticisms, according to State Auditor Beth Wood, is that DHHS officials failed to provide any additional details on how it planned to meet its newly revised timeline.

"I don't know what kind of project management you're looking at when you throw a deadline out for a project and you have no plan for how to get there," Wood said in an interview Thursday. "That doesn't make sense."

Since state auditors concluded their review in June, DHHS officials say they've formally submitted a request to CMS, which should begin the certification process after Oct. 28. The department has also updated its project schedules, which Wood said is key to keeping progress on track.

"We want to make sure that people are held accountable for meeting that next deadline," Wood said. "We think this report puts it all out there in front of everybody."

Cooper said the delay would not impact taxpayers because the agency already budgeted to fund the program at the 50-percent rate through June 2016. Once the system earns certification, he said, federal funding will automatically apply retroactively to the program's launch on July 1, 2013.

"We really don't have any concerns about being able to go back to that date," Cooper said.

But Wood isn't so sure, and auditors noted in their report that this back pay "is not guaranteed."

State health officials said in the audit that Computer Sciences Corp., the contractor hired to design and build the system, could be liable for any federal funding lost in the delay. But they also acknowledged that would be hard to enforce.

The contract stipulates CSC is liable only for damages related to the company's actions, meaning state officials would likely have to spend more to prove how much the company owes.

"Reducing such an analysis to dollar values may require the assistance of a consulting firm with skill and experience in forensic accounting, as well as in assessing complicated software development and outsourcing projects," DHHS officials wrote in response to the audit.

Cooper said that, although that may be an option for recouping money, he doesn't think it will come to that after federal officials arrive in November for their on-site visit.

"Everything on our to-do list is either completed or on trajectory to be completed well in advance off their arrival," Cooper said.