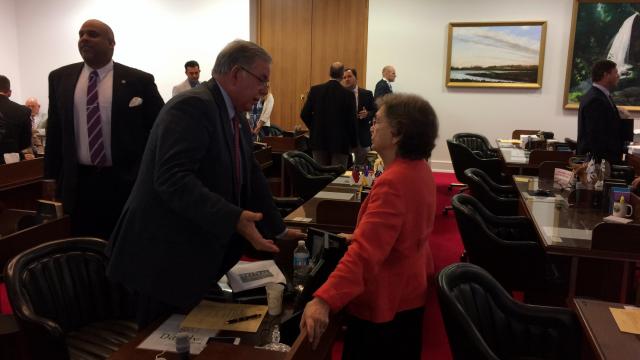 Raleigh, N.C. — One of North Carolina's long-running efforts to tamp down the cost of caring for patients in the state's Medicaid health insurance system is working, according to a report published by the Office of State Auditor on Thursday.

During a 10-year period between 2003 and 2012, Community Care of North Carolina, or CCNC, helped keep patients out of the hospital and saved about $78 per user per quarter, according to the report. That analysis comes as CCNC's future as a state contractor is in question because lawmakers are getting ready to remake the health insurance system that cares for 1.8 million poor and disabled residents.

CCNC Audit 2015
"The audit confirms that effective use of local resources to improve care returns significant savings to the state," Dr. Tom Wroth, CCNC's acting president, said in a statement.

Medicaid is a health insurance program jointly funded by the federal and state governments. Under North Carolina's current system, it acts much like a traditional insurer, paying doctors, hospitals and other providers a fee for each service they provide.

Community Care of North Carolina helps coordinate the care all of those providers are giving to patients. The company helps ensure that patients keep their appointments, take their medications and aren't given conflicting treatment plans by different doctors.

In essence, CCNC is providing something akin to managed care to 1.4 million patients, or roughly 14 percent of North Carolina's population.

The question is what it will do under a new Medicaid system.

In broad strokes, the House and the Senate have agreed to change Medicaid from a fee-for-service system into a managed care arrangement in which both larger managed care insurance companies and smaller "provider-led entities," or PLEs, built by doctors and hospitals would care for patients in exchange for a flat fee fee per person.

Lambeth said he believes the state should keep CCNC in place until that transition is complete. After that, he said, the company would likely find itself providing similar services to the managed care companies and PLEs running the system.

But senators have looked to cut CCNC out of the equation sooner. Senate proposals offered this summer have suggested cutting the state's contract either on Dec. 31 or in May 2016. They point to a portion of the audit report that shows CCNC saved money for the state early in the process, but those savings shrank in the second five years of the study period.

Rather than keep CCNC, he said senators would rather put that money into raising the rates per patient paid to primary care doctors and obstetricians, which would help boost what those primary care providers were paid when the new managed care system takes hold.

The company does have its fans at the legislature. As House members voted to send the Medicaid reform bill to a conference committee on Wednesday, Rep. Verla Insko, D-Orange, appealed to her colleagues to keep CCNC involved.

CCNC has helped health care providers manage a group of very challenging patients, she said, and the company should not be abandoned as the state moves to the new system.

Both House and Senate members say they hope to have a bill that lays out the way forward for Medicaid, and consequently CCNC, by early September.